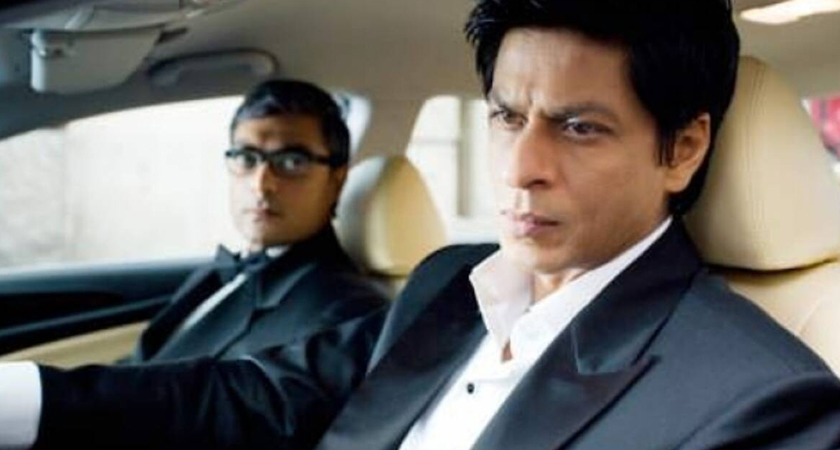 British-Pakistani actor Alyy Khan recalled the old-school overacting done by Bollywood megastar Shahrukh Khan when the two shared screen in ‘Don 2’. In his recent podcast appearance with host Nadir Ali, the ‘Mere Humsafar’ actor shared his experience of working with an ensemble cast including King Khan in ‘Don 2’. He recalled how the superstar had touched down in Berlin to join the cast of the action-thriller flick, soon after completing the schedule of his other film ‘Ra. One’ and the two were told by filmmaker-actor Farhan Akhtar to rehearse a scene on the very first day of the shoot.

“It’s obvious that since I’m doing a scene with Shah Rukh, I’ve memorised my lines. But because Shah Rukh has been busy, he hasn’t been able to memorise his,” Khan told the host.

He added, “We hugged, sat down across from each other and on my left, all the heads of department had gathered.” The actor further shared an anecdote, “Shah Rukh put on his glasses and said that we should get through them quickly because he was hungry. So, we read the scene, but I could see the others through my peripheral vision. Right at the end of the scene, Shah Rukh went off-script and added a line.”

“I could see Farhan silently shaking his head.”

Khan also recalled him and Akhtar exchanging a glance after they were done shooting the first scene. He said, “I was like, ‘Farhan, bata isko, yeh toh k-k-k-Kiran kar raha hai’. Kaunse school mein aagaye hain hum bhai? Ya toh hum uss 90s ke school mein khelein, ya toh aaj ke modern zamane mein’ (Tell him, man, what is he doing? If we want to do this 90s-style overacting, we can do it).”

“I was giving a more grounded performance; we weren’t on the same page. I needed to bring my performance to his level,” he maintained.

‘Don 2’ is the second film in the ‘Don reboot’ franchise, written and directed by Farhan Akhtar. The critical as well as commercially acclaimed film starred Shahrukh Khan in the titular lead, along with Priyanka Chopra, Lara Dutta, Alyy Khan, Boman Irani and Kunal Kapoor.