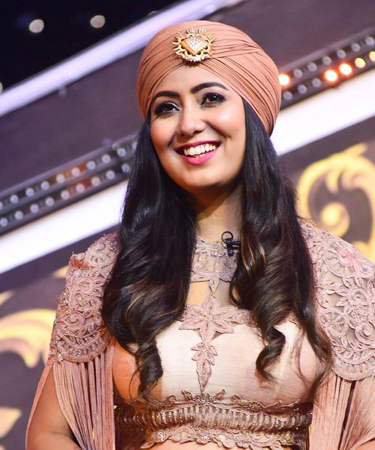 A video has been making rounds on social media where Kaur can be seen dressed in a traditional white dress with a beautiful yellow coloured turban. The singer is often seen carrying the same kind of look for all her concerts and public appearances.

With her melodious voice, she sang Tu Jhoom from Pakistan’s Coke Studio season 14 originally sung by the most powerful duo of the Pakistani entertainment industry; Abida Parveen and Naseebo Laal.

Abida and Naseebo are two prominent names of Pakistan having the strongest voices among all the singers.

Harshdeep sung one of the hit songs of Pakistan showing love from across the boundary. The video, in true meaning, shows that art has no boundaries. Despite the ban and prolonged rivalry, art is something that has always connected countries all over the globe. Produced by Zulfiqar J Khan, Coke Studio’s Tu Jhoom has in total 48 million views on YouTube.