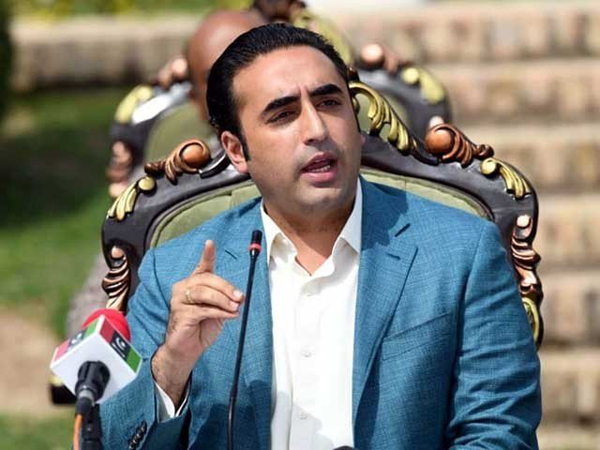 Foreign Minister and Pakistan Peoples’ Party (PPP) chairman Bilawal Bhutto Zardari has said that the coalition government will show complete numbers if they have to take a vote of confidence. Speaking to a private TV channel, he said that his party is not afraid of local or general elections and the confusion is clear after Election Commission of Pakistan’s (ECP) decision. “Our preparation is complete and we are hopeful, we will take our space,” he said and urged the workers should come out in large numbers and exercise their right to vote.

The PPP chairman said that the economy is struggling due to Pakistan Tehreek-e-Insaf (PTI) chairman and former prime minister Imran Khan, adding that they are seeing that the economy will stabilize, that is why they want to sabotage the affairs. He said Pakistan has experienced biggest natural disaster in the history, and it is necessary to pull Pakistan out of the difficult situation first, adding that it is not in the interest of the country to go for general elections immediately. Bilawal urged MQM-Pakistan to fully participate in the second phase of Sindh local body elections scheduled to be held today. His statement comes as MQM-P is mulling to boycott the polls or quit the coalition government at Centre in protest over “biased delimitations” of the local government constituencies in Karachi and Hyderabad.

In a statement, Bilawal said it is hoped that its coalition partner will contest the polls, saying that they are trying to hold local body elections so that development work can be carried out in Karachi and Hyderabad divisions. “MQM-P should take part in the polls. Our focus at the moment is the elections,” he added. The PPP chief urged the people to come out in large numbers and exercise their right to vote and elect local government representatives. Bilawal said that PTI chief Imran Khan is only thinking about his vested interests instead of serving the masses. He said his party will work with whichever party won the LB polls. Talking to a private TV channel, he said the MQM-P was a “very old and senior” political party and advised it to “fully participate” in the LG elections, adding that the elections were very important so political parties could work together for the development of Karachi and Hyderabad divisions. When asked what impact MQM-P’s departure from the coalition could have on the future of the federal government, Bilawal said: “I think this decision of leaving the government will be a non-political one. I think such a decision won’t be taken and the federal government is confident on its [strength of] numbers – if such a phase comes then we will manage it.” He said the PPP was in continuous contact with its ally at the Centre but it was currently focused on Sunday’s elections and convincing voters to come and vote. The PPP chairman reiterated that he was hopeful that the MQM-P would take part in the local body polls instead of taking any “non-political decision”.