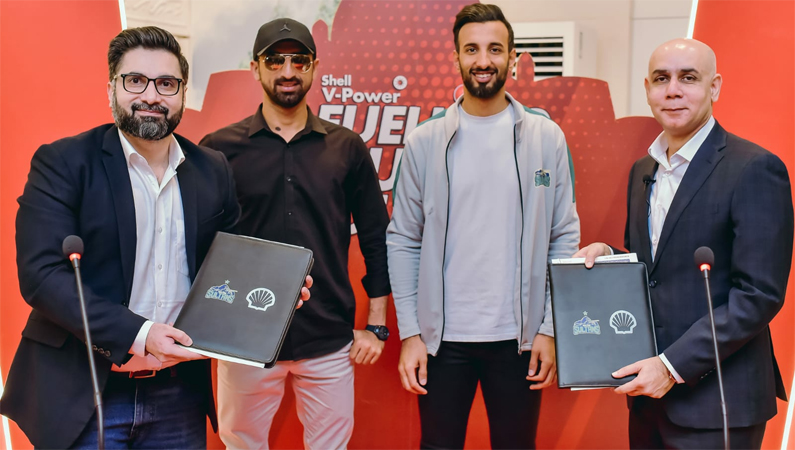 Shell Pakistan announced the continuation of its sponsorship of Multan Sultans team in the HBL Pakistan Super League Season 8, scheduled to begin in February 2023. Shell is extending its power-packed partnership for the 3rd year with the same team in the PSL tournament, which engages millions of cricket enthusiasts every year. Multan Sultans was the champion of PSL Season 6 held in 2021 and was the runner-up team in Season 7 held in 2022.

PSL has emerged as the most successful brand of cricket in Pakistan, while Multan Sultans is a very popular franchise team in the tournament. Through this sponsorship, Shell is offering many great opportunities for its customers, to win valuable prizes and avail exciting offers on the purchase of Shell V-Power, a premium, high-octane fuel that enables car and bike engines with unbeatable performance and protection. Shell customers may also get an opportunity to meet their favourite players while enjoying exclusive access to this cricket extravaganza.

The Country Chair of Shell Pakistan, Waqar Siddiqui stated, “We are delighted to be a part of Pakistan’s biggest cricketing extravaganza, in collaboration with Multan Sultans. Shell Pakistan has great confidence in the country’s youth and enthusiastically supports healthy sporting events. This tournament provides millions of people with exhilarating entertainment and opportunities to develop world-class athletes”. Multan Sultans expressed their excitement over the continuation of their relationship with Shell Pakistan, Syed Haider Azhar, the COO of Multan Sultans stated, “We are really happy to continue our partnership for a third year with Shell, one of Pakistan’s biggest and most iconic brands whose approach to excellence mirrors our own at Multan Sultans. They are committed to fueling the passion of the fans”.