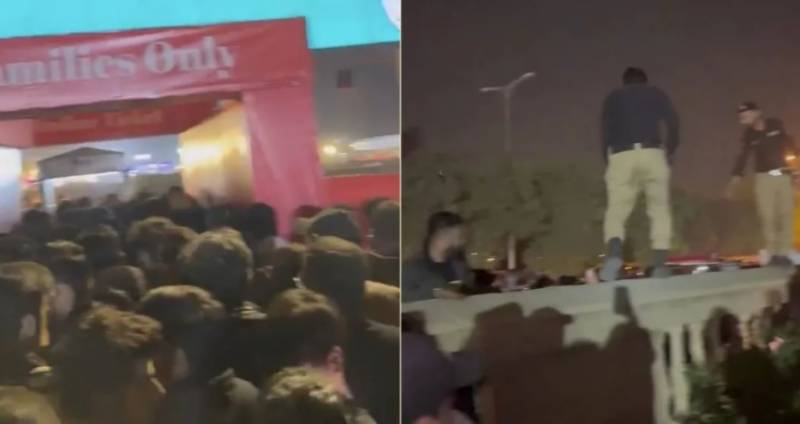 The 10-year-old Karachi Eat Festival, which has been the largest food festival in the megacity for the past five years, caused a commotion this time around. People were disturbed by the disturbing and upsetting images that were being shared on social media from the event’s final day.

The three-day festival came to a chaotic, poorly run, and disorderly conclusion. On social media, witnesses described their terrifying encounters with miscreants who broke through the barricades, entered the venue without tickets, fought with security guards, and ran amok toward the stage.

Families and girls were harassed and gates were crashed. There were no security officials to control the situation and the unruly throng triggered a stampede. People turned into uncivilized ghosts. Attendees also elaborated that women in the family section were harassed. Tents were dismantled and to deal with it, the management switched off all the lights which made the situation worse.

Here are some of the disturbing visuals:

The family event gone horribly wrong which eventually led to the cancellation of the performances. Young stunners canceled their performance likewise Kaifi Khalil also stopped performing in the middle. It was also speculated that Kaifi Khalil was hit by a bottle from the crowd during his performance. However, the ‘Kahani Suno’ singer calcified the statement he said that he was not hurt. Rather he called off the performance because families were being harassed over there.

Have a look at his statement: