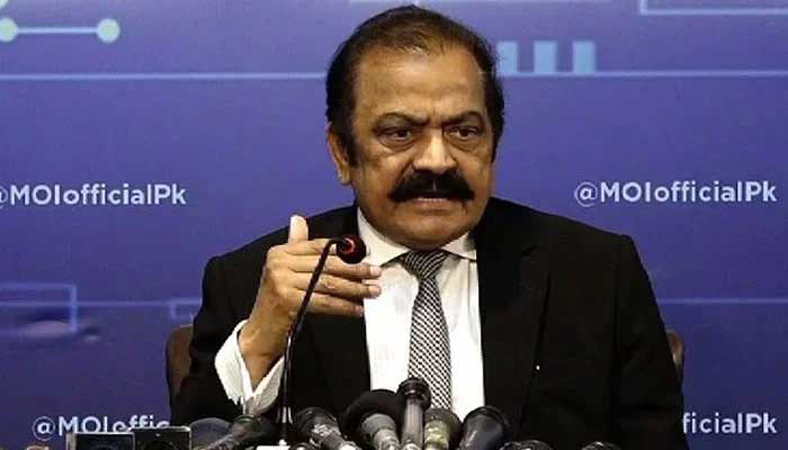 Interior Minister Rana Sanaullah on Monday held former prime minister and PTI chief Imran Khan responsible for the current economic crisis in the country, saying that the entire nation has become aware of his “lies, fraud, and forgery”.

His statement came in response to Imran Khan’ statement wherein the PTI chief urged the “military establishment to refrain from political engineering” in the general elections later this year and accused former army chief Gen (retd) Qamar Javed Bajwa of causing the current political and economic chaos in the country.

Addressing the party’s women convention in Karachi via video link from his Zaman Park residence in Lahore, the PTI chairman had underscored that currently, the “PTI is the only party that can pull the country out of the current economic quagmire”, reiterating his demand for free and fair elections in the country.

In reaction to his statement, Sanaullah said that the former PM is repeating the “crimes he has been committing for four years by taking the names of others”.

Referring to the no-trust motion that ousted the former PM, Sanaullah said April 10, 2022 was a decisive day when the process of destruction of the country was stopped through the power of the Constitution. He termed Imran Khan a ‘foreign agent’ and declared him responsible for the current crisis in the country.

The minister said that Imran Khan’s incompetence and corruption have led the country towards this economic crisis, adding that he has failed even after preparing for 22 years. “Imran Khan is such an incompetent person who has failed despite nexus with the examiner and his revolutionary steps include theft of watches and selling national assets,” he added. The interior minister said that the PTI chief’s ‘revolutionary measures’ have been heard by the nation in audio leaks.

He said that the incumbent government has saved the country from economic default and shattered Imran’s “dream”.