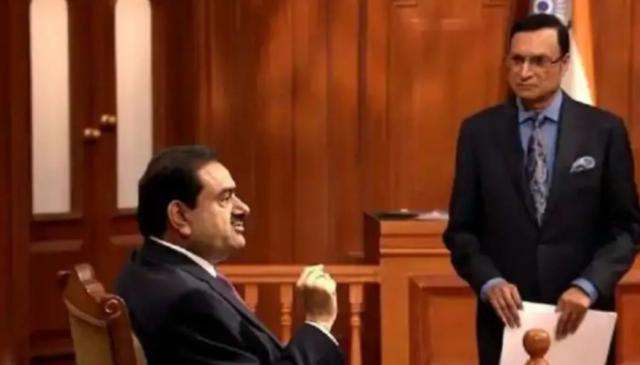 Gautam Adani, the founder of Adani Enterprises, spoke about his competition with India’s richest man, Mukesh Ambani. Gautam Adani is the founder and chairman of the Adani Group and a billionaire. He recently appeared on Aap Ki Adalat and answered some interesting questions.

Gautam Adani was asked about his competition with Mukesh Ambani during an interview with India TV for their show Aap Ki Adalat. Mr. Adani responded by saying that he has a lot of respect for Mukesh Ambani and considers him a good friend. Gautam Adani also stated that Mukesh Ambani has contributed to the country’s growth and that he admires him.

Gautam Adani was quoted as saying:

“Mukesh Bhai is a very good friend of mine. I respect him a lot. He gave a new direction to Reliance Industries with Jio, technology, and retail, besides their conventional business of petrochemicals and refineries. He has contributed a lot to the progress of the country.”

In the same interview, Mr. Adani expressed that he has huge respect for Dhirubhai Ambani, and he has been his constant source of inspiration. Gautam Adani further added that he is his main inspiration because Dhirubhai was the first who showed that a man with humble background could be a world-class industrialist. He said:

“Dhirubhai Ambani is a source of inspiration for millions of entrepreneurs in India. Being a first-generation entrepreneur and having a humble beginning, I am deeply inspired by him.”

In 2021, Gautam Adani dethroned Mukesh Ambani to become Asia’s richest man, but it was just for a day. According to a report in Economic Times, the shares of Reliance Industries stayed under pressure and were quoted 1.07 percent lower at Rs. 2,360.70. On the other hand, Adani Group’s stocks were trading higher. However, it was just for a day.

According to a recent list by a research firm, Hurun India, Gautam Adani topped the list of wealthy Indians with a net worth of Rs. 111 crores as per the 2022 ranking.