Body of woman recovered at Seaview 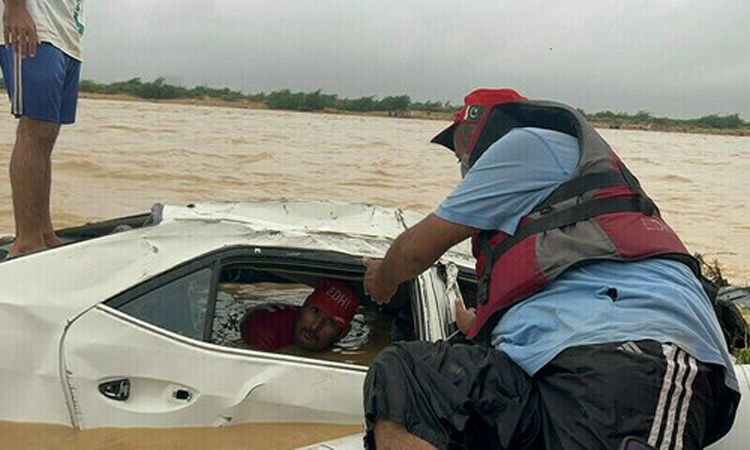 Police on Sunday recovered the body of a woman who jumped into the sea at Seaview, and arrested her employer, according to South-SSP, Syed Asad Raza. On Saturday, rescuers carried out a search for the 23-year-old Sarah Malik, a veterinary hospital worker who police said jumped into the sea on Friday.

Her body was recovered on Sunday morning, said Raza.

During the preliminary investigation, it transpired that she was allegedly a victim of sexual harassment by the owner of the hospital she worked at.

Sahil police registered a case on the complaint of the deceased’s father.

According to the FIR, a case has been registered under Sections 365 (kidnapping or abducting with intent secretly and wrongfully to confine a person) and Section 34 (acts done by several persons in furtherance of common intention) of the Pakistan Penal Code 1860.

“On Saturday night, we raided the animal hospital where she used to work and arrested two persons including the owner,” said the senior officer. “Tissue, hair, and condoms were recovered from the owner’s room who has been arrested,” added Raza

The held hospital owner has “admitted” that they had sexual relations for the last two years, he added. “The girl probably committed suicide as she was a victim of sexual harassment,” the police officer said.