Be cruel to be kind

* Thousands of political workers, social activists, traders and youth rally in South Waziristan against rising terrorism
* Warn authorities that protests will continue until elimination of terrorists from tribal region

Thousands of locals on Friday staged a protest demonstration in South Waziristan’s Wana area against rising terrorism in the tribal areas, demanding the immediate restoration of peace in the region.

According to a private TV channel, peaceful protesters holding white flags and beating traditional drums demanded the authorities to restore peace in the area.

Leaders belonging to different political parties including PPP, PTM, PML-N, and AWP participated in the protest, holding the government responsible for increasing terrorist incidents across the country. People from all walks of life including political workers, social activists, traders and youth attended the peace march organised. Holding white flags and placards, the participants chanted slogans in favour of peace and against the fresh wave of terrorism in the region, particularly in the tribal districts. 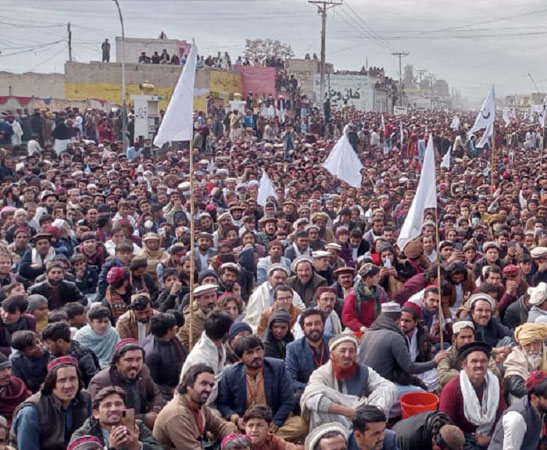 The speakers addressing the protesters noted that there was an increase in attacks on security personnel in Wana, while ordinary citizens were being kidnapped for extortion. They complained that the government had failed to control the situation and warned that protests in the area would continue until a police force was constituted to eliminate both the “good and bad Taliban” from the area. They also warned the authorities that protests in the area would continue until the elimination of the terrorists from the tribal region.

Mohsin Dawar, a member of the National Assembly from North Waziristan, said in a tweet that the Pashtuns of South Waziristan came out in large numbers today in Wana to protest against terrorism “and Talibanisation in our areas”. “Our people refuse to be used as cannon fodder and scapegoats in the new great game being imposed on the region,” he added.

Talking to a private TV channel, Awami National Party leader Ayaz Wazir – who also attended the protest – said no one was safe in Wana, from political leaders to traders, tribal leaders and contractors. “Thousands of people have taken to the streets to demand peace. We won’t sit quietly until the government guarantees peace,” he added. 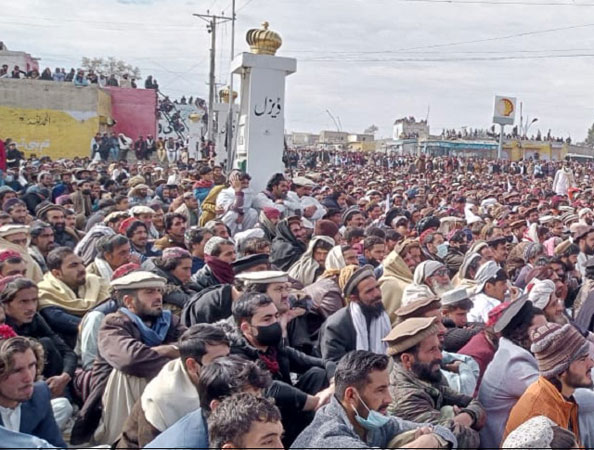 The protest comes a day after security forces killed at least 11 terrorists, including a militant commander and two suicide bombers, in an intelligence-based operation in Wana. The military’s media wing said security forces “successfully foiled a high-profile terrorist activity” during the operation. The action came after the country’s top security body in its meeting held earlier this week had reiterated its resolve to have “zero tolerance” for terrorism in the country. There has been a 51 per cent increase in terrorist attacks in Pakistan since the Taliban takeover of Afghanistan. Since then, over 420 terrorist attacks were recorded in Pakistan. In three months alone, the banned TTP claimed responsibility for 141 attacks, despite the fact that the banned militant group announced an indefinite ceasefire in June. The TTP ended the truce on November 28, accusing Pakistan of violating the terms of engagement.