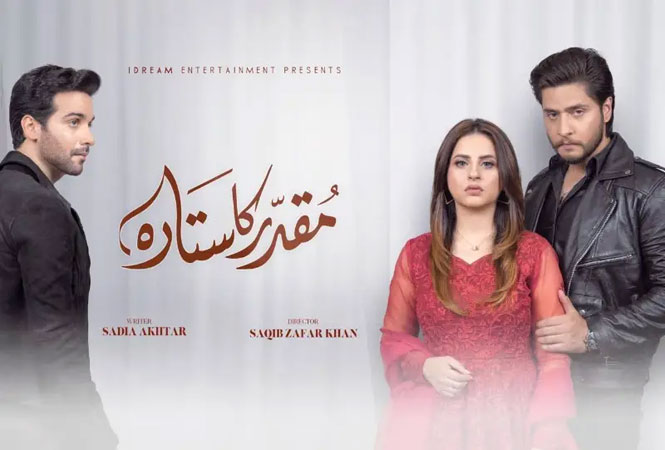 The amazing trio was the latest guest on ‘Good Morning Pakistan’ and they gave some interesting replies to the questions put forward by the host, and also revealed the superpowers they would like to acquire from the ‘Muqaddar ka Sitara’. During a segment, Nida Yasir questioned the co-actors about their favourite foods or snack that they wish to never run out of, to which, the ‘Betiyaan’ star replied that she loves chocolates, so that is one thing she would like to have in her fridge all the time. “More than that, I would like to have the superpower to eat anything and get away with it without gaining weight,” Effendi quipped. In response to the same question, Arez Ahmed said, “I have a sweet tooth as well, so deserts are what I would like to have, but specifically I would love the unlimited supply of Suji Halwa in my fridge.”

After thinking for a while, Khan mentioned ice cream to be the one product always present in his fridge.

Furthermore, the guests were asked to name two superheroic powers they desire to have, Effendi, replied with ‘weightlifting and invisibility’ as her options. She explained, “Weightlifting because it would help in workouts and with an option to get invisible, I would go to sleep without being disturbed.” Ahmed wanted ‘time travel’ as his superheroic power to get to know about the future. Furthermore, he also noted that he would like to be rich like Dark Knight. Khan said that he wants to have a superpower to feed the poor as he feels really hurt to see them hungry. He shared an anecdote of his struggling times when he didn’t have enough money to eat at night or travel on luxurious rides. “That was the time when I decided to work so hard to not let anyone sleep hungry at night,” the ‘Dil Lagi’ actor concluded.