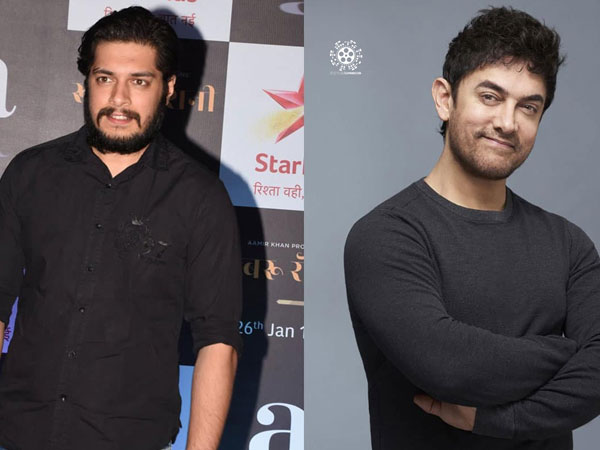 In 2022, we saw Aamir Khan on the big screen in the ambitious adaptation of the Hollywood cult film Forrest Gump titled Laal Singh Chaddha.

Unfortunately, the film, also starring Kareena Kapoor Khan, which was touted to be the biggest release of the year met with less than appreciative feedback from critics and audiences alike. In fact, the film sank at the box office in a rather spectacular fashion. Much after the film’s release and subsequent failure at the box office, Aamir Khan, at a press meet revealed that he was actively taking a break from acting, and was not announcing any new project. However, Bollywood Hungama has learnt that while the actor will not be seen on screen, Aamir will instead focus on the post-production work of his son Junaid Khan’s debut vehicle, Maharaja. Revealing details exclusively to Bollywood Hungama a well-placed industry source tells us, “The fact that Aamir is taking a break from acting post the Laal Singh Chaddha debacle, is something that we all know. However, Aamir Khan being Aamir will continue working. In fact, he will be working on the supervision and editing of Junaid Khan’s film Maharaja.” Continuing further the source adds, “Aamir is currently being very careful of Junaid’s debut. He is monitoring almost everything and wants to ensure the film will stand on its own. In fact, that is one of the biggest reasons he is not featuring in the film.” Prod the source about Aamir’s sabbatical and Junaid’s release timing and the source continues, “Right now Aamir wants to put some gap between his Laal Singh Chaddha and Junaid’s Maharaja. He has decided to actively stay away from the public eye, as well as from the screen, so the audience is not critical about Junaid’s film.”

As for the film itself, Maharaja, which went on floors in February 2022, with a massive set being erected in Marol is reportedly based on Maharaj Libel Case. For the uninitiated, the film will follow the 1862 case where the head of a religious section had filed a suit against a newspaper that had exposed his sexual exploitation of female devotees. As for Junaid Khan, the young actor will be seen playing the role of journalist Karsandas Mulji in the venture directed by Siddharth P Malhotra.