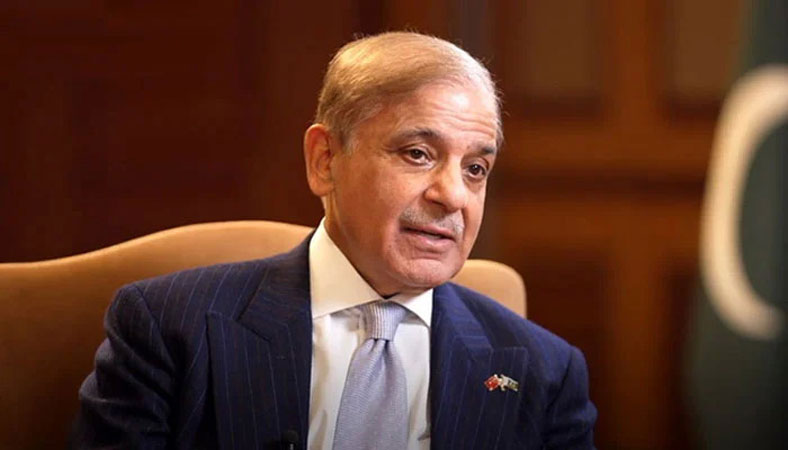 Prime Minister Shehbaz Sharif on Thursday held a telephonic conversation with Chinese Premier Li Keqiang wherein he emphasized Pakistan’s unswerving focus on timely progress of the China-Pakistan Economic Corridor (CPEC) projects. During the “comprehensive telephone conversation,” the prime minister assured the Chinese Premier that Pakistan would provide a completely secure and conducive business environment for Chinese investors. “The two leaders’ discussion was characterized by warmth and cordiality, in keeping with the best traditions of the Pakistan-China All-Weather Strategic Cooperative Partnership,” a PM Office statement said. Prime Minister Shehbaz and Premier Li exchanged New Year greetings, noting that bilateral relations had grown to new heights in 2022, and agreeing to maintain the steady momentum of bilateral cooperation in 2023.

Recalling his visit to China in November 2022 and wide-ranging conversations with President Xi Jinping and Premier Li, the prime minister underscored Pakistan’s commitment to fostering closer relations with China.

Both the leaders also discussed regional issues of mutual interest.

Premier Li Keqiang assured the prime minister that China viewed Pakistan not only as a strategic friend but as a country whose stability and economic welfare was of utmost importance to the region and to China.

Noting the International Conference on Climate Resilient Pakistan being held in Geneva on January 9, PM Shehbaz briefed Premier Li on the latest progress in post-flood reconstruction and rehabilitation in Pakistan.

He conveyed Pakistan’s profound gratitude for China’s prompt and generous support for the flood-affected people.

Premier Li assured the prime minister of China’s continued support for Pakistan’s reconstruction efforts and the success of the Conference.

Both leaders agreed to maintain close communication to fast-track the bilateral cooperation agenda for mutual benefit of the peoples of Pakistan and China in 2023 and beyond.

Seperately, Prime Minister Shehbaz Sharif directed the authorities concerned to take practical steps to enhance the country’s IT exports from the current $2.6 billion to $15 billion within the next three years.

The prime minister, who chaired a meeting to discuss the promotion of the information technology sector, also directed to enhance IT professionals from 0.6 million to 1.5 million. He instructed the Higher Education Commission, universities, and training institutes to work on the said target on a priority basis, besides improving the educational curriculum in accordance with the market needs.

The prime minister also ordered the formation of a standing committee to deliberate on the linkages between the government and the IT industry and for the resolution of the industry’s issues. The committee would comprise the representatives of the IT industry, the State Bank of Pakistan, the finance ministry, the IT ministry, and other relevant departments.

He said Pakistan had a huge potential in the IT sector which needed to be exploited. He said the IT industry stood alongside the government to improve the national economy. The prime minister said that IT entrepreneurs had played a key role in the promotion of the IT sector. However, the country’s IT exports were not in accordance with the existing talent.

He said the government would recognize the exporters who had played their role to enhance IT exports. The representatives of the IT sector apprised the prime minister of their issues and put forward their suggestions. Federal ministers Ishaq Dar and Aminul Haq, Advisor Ahad Cheema, SAPMs Tariq Bajwa, Jahanzeb Khan, and Syed Fahad Hussain, senior government officers, and representatives of the IT sector attended the meeting.