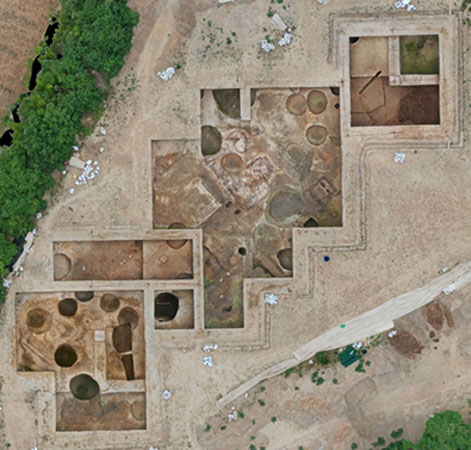 Archaeologists have found more than 300 tombs dating back around 4,500 years in central China’s Henan Province, which are of great significance to studying the burial system and social structure of prehistoric China. Located in the Suyang relics site in the city of Luoyang, the tomb complex covers an area of about 15,000 square meters, and all of the tombs are earth pits in a rectangular shape, according to the Luoyang Municipal Institute of Archaeology. “The tomb cluster is large in size and can be traced back to the transition period from Yangshao Culture to Longshan Culture. It is extremely rare to see this in Zhongyuan, a region known as the central plain area,” said Ren Guang, head of the excavation project on the Suyang site. Archaeologists have unearthed nine tombs so far, and the skeletons of 10 people have been found in the tombs. Some of the tombs show evidence of having been seriously damaged by tomb raiders.