* Recalling the controversy involving her husband Aagha Ali in 2020, when Ali told her 'never to get fat again,' the 'Dour' actress pointed out how it was just a private agreement 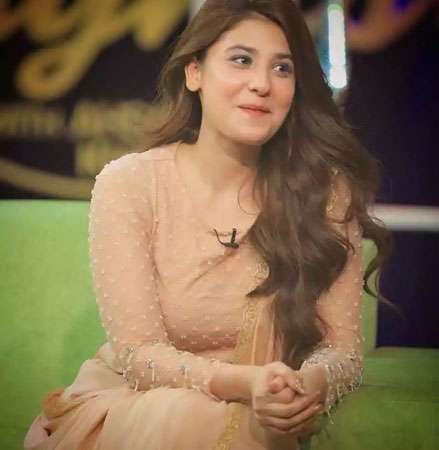 Actor Hina Altaf is a private person and has revealed why she keeps her personal life away from social media. She discussed her prolonged absence from social media and the damaging effects of false narratives, particularly when they are widely disseminated. She emphasized how these types of misunderstandings can harm an individual’s reputation and well-being.

Recalling the controversy involving her husband Aagha Ali in 2020, when Ali told her “never to get fat again”, the “Dour” actor pointed out how it was just a private agreement between them as partners that was misunderstood on many levels. “It was just a personal understanding between us as a couple that served as a motivation factor. I just said ‘Agha reminds me not to eat a lot’ casually but people took this too sensitively than expected. I strongly respect the fact that weight loss is not an easy journey for everyone. Not everyone has the time to hit the treadmill, run a few kilometres daily, or just do a quick 15-day course to lose a couple of pounds. Many people have different challenges and health problems in their path, so maintaining health definitely isn’t easy,” explained Altaf.

She then highlighted how the aforementioned incident served as a reminder to her to never openly share her views again. “I think people took our drawing room talk too seriously and compared our situation with their own. After this incident last year, I have learned that everything is not meant to be spoken on television,” noted the “Agar” actor.

Before concluding the conversation, Altaf mentioned how social media doesn’t really bother her anymore, except for the time someone made a doctored video on her. She said, “Looking at a few pictures online doesn’t make anyone know the whole truth behind someone’s life or relationship. However, one thing I really dislike is when people ask me about having children. Normally, I always respond that when God wills, it will happen. But my relatives once sent me a video which implied I have had two miscarriages and am currently pregnant. This video extremely hurt me. I have never said this, usually, I would have ignored it, but it made me really upset.”