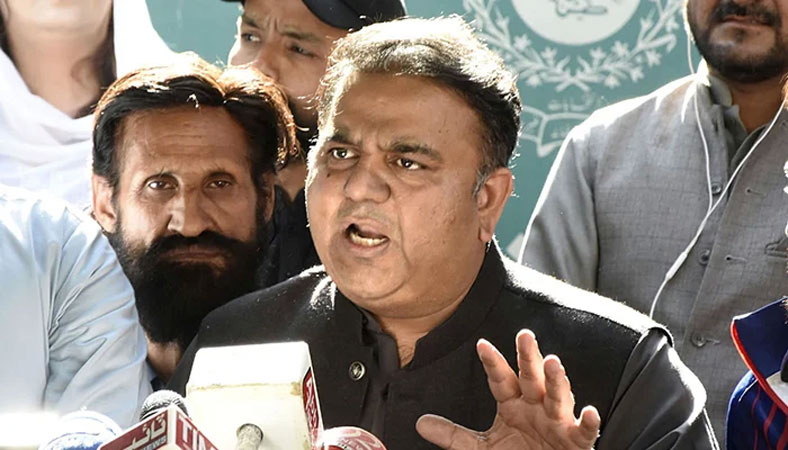 But, during his conversation with a private television channel, he also said that although establishment is a reality in Pakistan, so is PTI Chairman Imran Khan.

“Whoever denies this reality will not only harm themselves but also the country,” Fawad said, adding that since General Asim Munir took charge as the chief of army staff, a “difference” has been witnessed.

The PTI chief has been on a maligning spree against the former army chief, Gen (retd) Qamar Javed Bajwa, recently, and has not only accused him of “betrayal”, but also of ousting his government.

Shedding light on the talks with the coalition government, Fawad said that negotiations between Minister for Finance and Revenue Senator Ishaq Dar and President Arif Alvi “failed”. “They [coalition rulers] wanted to disqualify Imran and initiate criminal proceedings against him,” the PTI leader said.

Fawad also said, without naming anyone, that former chief of army staff General (retd) Bajwa was told thrice that Imran would de-notify him and his intelligence chief. “Imran had never thought of denotifying anyone. There’s another issue that each and everything is recorded. If you report things out of context, it seems like a conspiracy is hatching,” he said, defending the audio leaks that have been surfacing recently.

In response to a question about Punjab Chief Minister Parvez Elahi getting “angry” about Imran’s statement regarding the ex-COAS, Fawad said: “Imran will not take instructions from Elahi.”

“Elahi might have issued that statement in anger, but he never says anything to anyone,” he said.

Moving on, the ex-information minister said when his party’s government was ousted in April, the party – without specifying who – was assured that elections would take place. “But now, we are getting calls from unknown numbers and Imran has also been banned from the media. Some negative things are going on as well, including complaints from our MPs that they are getting calls from unknown numbers,” he said. He also acknowledged that the lawmakers might also be issuing such statements “just for the sake of establishing their worth”.