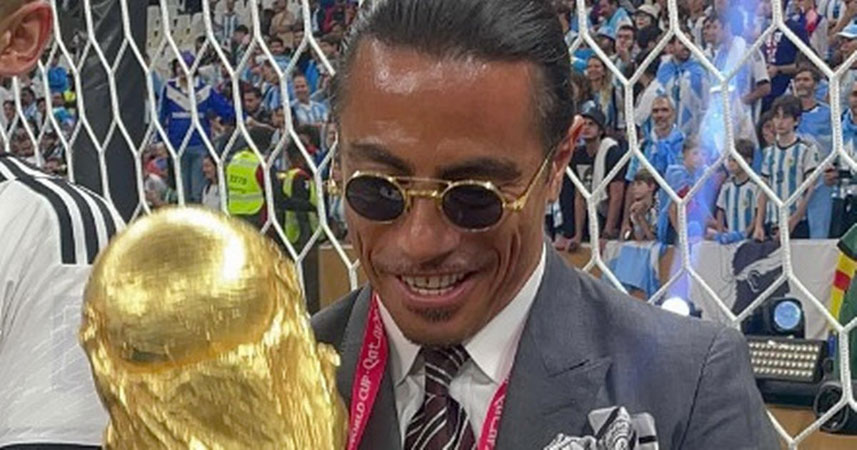 LONDON: FIFA has launched an investigation into how individuals gained “undue access” to the pitch following the World Cup final after images and videos of Turkish celebrity chef Nusret Gokce celebrating with Argentina’s players went viral on social media. Gokce, who owns a chain of restaurants and is known as ‘Salt Bae’ for his theatrical style of sprinkling salt on his steaks, posted videos and photos on his Instagram page of himself with Argentina’s players after their win over France in the final. He was also photographed holding the World Cup trophy.

According to FIFA’s website, the trophy can only be touched by a “very select group of people,” including former winners and heads of state. Videos circulating on social media also showed Gokce gripping Lionel Messi’s arm in an attempt to draw the Argentina captain’s attention. “Following a review, FIFA has been establishing how individuals gained undue access to the pitch after the closing ceremony at Lusail Stadium on 18 December,” world soccer’s governing body said in a statement. “The appropriate internal action will be taken.”