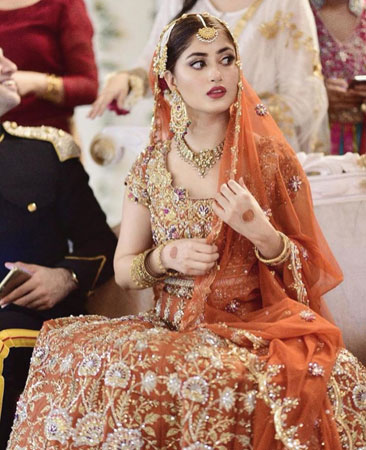 Sajal Aly was married to Ahad Raza Mir and for a while, two of them were ‘golden couple’ of Pakistani Showbiz after which rumours of their divorce surfaced. The two actors have not confirmed anything as of yet but internal resources from industry have reported that the golden couple got divorced.

Sajal in last some interviews have been speaking about ‘bad marriages’ that south eastern women are forced into. In a recent interview, she talked about how women should not tolerate marriages which are nothing but a burden. She said, “If a marriage is not working out for both of you, then just part ways in a good way. You can still be friends, you know.”

She further added, “So the way our society keeps pressurizing women to keep making adjustments and remain in loveless marriages, that’s not right. You should never stop living your life but by doing that you’ll stop living.” Sajal was last seen in Khel Khel Main alongside Bilal Abbas Khan.