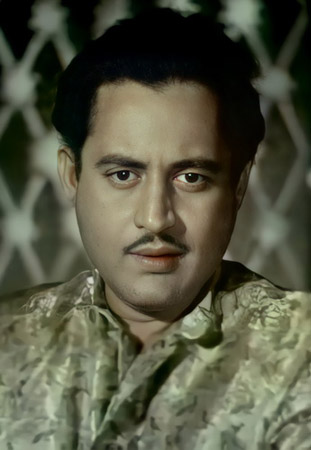 When you ask a film critic that, whose film was highly denounced by critics, the name Guru Dutt and his Kaagaz ke Phool spring to mind. Guru Dutt’s final film, Kaagaz Ke Phool, was released in 1959. It was his most personal film since it contains semi-autobiographical glances into his life. His personal narrative was not well received by critics or the audience. His life was attacked and mercilessly fustigated by reviewers through this film, which prone him to depression. He never directed another picture after that, but he did appear in films as an actor before committing suicide in 1964. Guru Dutt also wanted to show this film to Raj Kapoor but that never happened. The films failure only reinforced the bitter truth about the film industry that director would have to live with till his tragic end. Following decades, the picture became a cult classic and became subject of study in film institutions.

The narration above serves as a prelude to R. Balki’s 2022 film Chup: Revenge of the Artist. The film is about the psycho killer who brutally murders the critics for their dishonest reviews and after killing them he rates them by cutting stars on their forehead. It stars Sunnny Deol, Dulquer Salmaan, Shreya Dhanwanthary, Pooja Bhatt and Amitabh Bachahn, who in a brief role discusses his valuable insight on importance of film critics, after some murder took place.

When an acclaimed film critic Nitin Srivastav is murdered, IG Arvind takes up the investigation. Later, another critic, Irshad Ali, is brutally killed, and his body is discovered in fragments, with his guts removed and his half-torso placed on the railway track and half alongside it. Following that, another critic is viciously slain on the cricket field, and a succession of murders began to plague cinema critics and they refrain to review. Arvind realizes that the killer of all victims is the same and uncovers his distinctive style of murdering the reviewers: the attacker draws inspiration from cinema critics’ evaluations and murders them based on the phrasing used in the reviews. 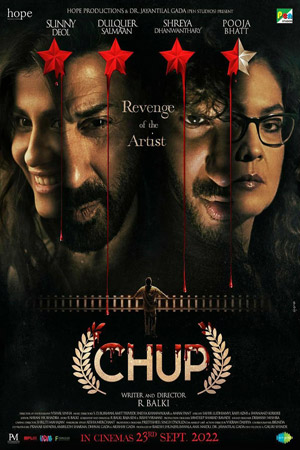 Meanwhile, Nila, a journalist who also want to become film critic, pays a visit to Danny, a florist. Nila is thrilled since Danny sells her mother’s favourite flower, which is unusual in Mumbai. Both are attracted to each other, and their romance begins.

Moving forward, when no one ventures to write a bad review, Nila is summoned by Arvind Mathur to write review in order to catch a criminal. Seeing this as an opportunity while simultaneously risking her life, she accepts. What happens next? The film has unique concept of killing the critics, who undermine the reputation of films with their written remarks. It has many memorable scenes, especially the one where Danny puts his coat on Nila during rain scene: a scene directly depicted from Kagaaz Ke Phool, where Suresh Sinha put his coat over shoulder of Shanti. On-screen chemistry between Dulquer Salmaan and Shreya Dhanwanthary is fantastic. Shreya’s alluring eyes are enough to make you fall in love with her. She is pure, gorgeous, and attractive, and her eyes convey all of the beloved and poignant situations.

The music and song ‘Jaane kya tune kahi’ from the film Pyaasa rejuvenates ones soul; reminiscent shot of lending a jacket to ones love in rain, from Kaaghaz Ke Phool and a tone of ‘Waqt Ne Kiya kya Haseen Sitam’ is emotional, Danny’s rendition of ‘Sir Jo Tera Chakraye’ is eerie, and at last the ending cinematic shot is peerless for it portrays the song from the film pyaasa ‘Ye Duniya Agar Mil bhi Jaye To Kya Hai’, originally composed by SD Burman and sung by the legendary Mohammad Rafi, rendered in modernize way and sung by Sneha Khanwalkar. The Chinese temple block used by SD Burman in ‘Jaane Kya Tune Kahi’ is dominant in Chup, creating haunting and affectionate atmosphere at the same time.

Art of an artist never fades and sheer magnitude of Guru Dutt’s impact on Hindi cinema is humongous. The film is a love letter to legendary director Guru Dutt, who was not celebrated enough when alive. Dr Zenobia summaries the film by saying, “Pain is the most powerful fuel for an artist.”

The writer is a student at Sindh University and a film critic. He can be reached at saqlainali878@gmail.com