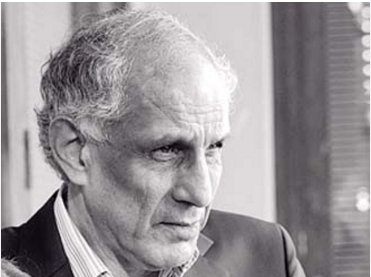 Imran Aslam, a prominent journalist as well as President of Geo and Jang Group passed away at the age of 70 on Friday.

As per Geo news, Aslam was unwell for some time and was undergoing treatment at a local hospital.

He was born in Madras, India in 1952. He studied in London in the 70s and had a great career in journalism.

Riaz Aslam, who is the brother of the journalist, said their sister and Aslam’s son will arrive from London.

Imran Aslam’s son Taimur said his father’s funeral prayers will be offered after Asr prayers on Saturday near their house and the burial will take place at a graveyard in DHA, Phase 8.

Aslam’s death triggered an outpouring of grief from fellow journalists, politicians and other segments of society.

Prime Minister Shehbaz Sharif expressed deep grief over Aslam’s death and prayed for the departed soul. He said the journalist’s services in Pakistan would always be remembered.

Saddened by the passing of veteran journalist and president of Geo TV Imran Aslam. He belonged to a breed of journalists who made eminent contribution to the development of Pakistani journalism. I extend my heartfelt condolences to his family, friends & colleagues.

I offer condolence on death of a dear friend & an outstanding journalist Mr Imran Aslam. A thorough gentleman & a person who had a deep understanding of issues.
إنا لله وإنا إليه راجعون
May his soul rest in peace & may Allah provide strength to family & friends to bear this loss.