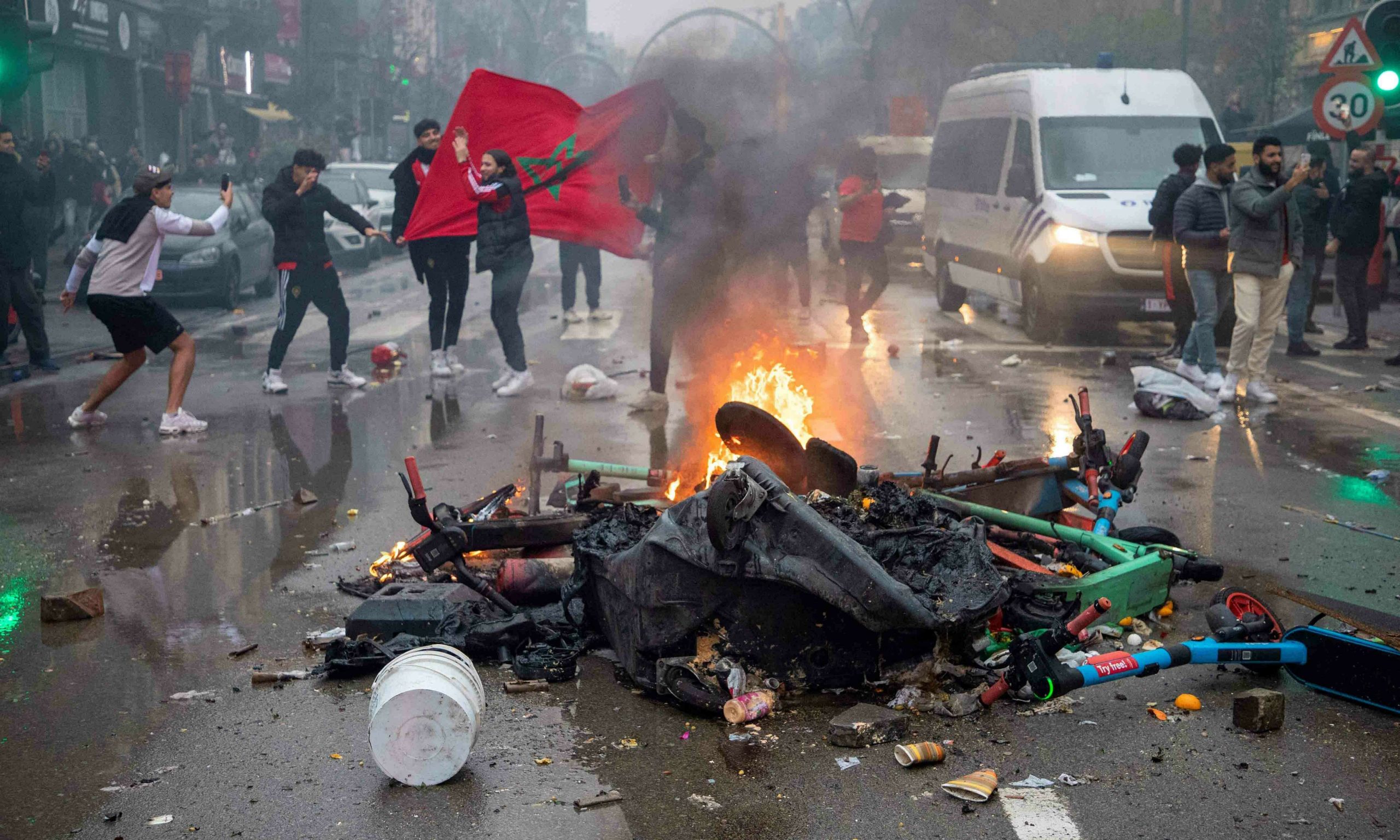 Police used water cannon and teargas after coming under attack from football supporters who brought havoc to the centre of Brussels on Sunday following Morocco’s shock 2-0 World Cup win over Belgium in Qatar.

Dozens of fans smashed shop windows, threw fireworks and torched vehicles. Police said that 11 people had been arrested with one remaining in custody.

Even before the end of the match, “dozens of people, including some wearing hoodies, sought confrontation with the police, which compromised public safety,” Brussels police said in a statement.

#VIDEO: Riots break out in #Brussels after #Morocco's win over #Belgium (🎥: @vlbelang) pic.twitter.com/OcJQ6PQXFt

A spokeswoman said some fans were armed with sticks and a journalist “was injured in the face by fireworks”.

Around a hundred police officers were mobilised while residents were warned to avoid certain areas of the city centre. Metro stations were closed and streets sealed off to limit the spread of the violence.

A surveillance helicopter flew over the city before calm was restored at around 7:00pm (1800GMT). An AFP journalist saw protesters burning a car, rubbish bins and a number of electric scooters.

“I condemn in the strongest terms the incidents of this afternoon. The police have already firmly intervened. I therefore advise against fans coming to the city centre. The police are doing all they can to maintain public order,” tweeted the mayor of Brussels, Philippe Close.

“I have ordered the police to carry out arrests of the troublemakers.”

Belgium is home to around 500,000 people of Moroccan descent.

In the eastern city of Liege, a gang of 50 people attacked a police station, breaking windows and damaging two police vehicles. The police there also resorted to water cannon.

Storefronts and a bus shelter were vandalised. Incidents also broke out in Antwerp in the north where a dozen people were arrested.

Police took action in Rotterdam, where some 500 people gathered near the city centre, as well as in The Hague, Amsterdam and Utrecht, Dutch police said.

“Supporters threw fireworks and glass at the riot police who then carried out charges,” Rotterdam police said.