No undertaking received from PTI chief so far: DC 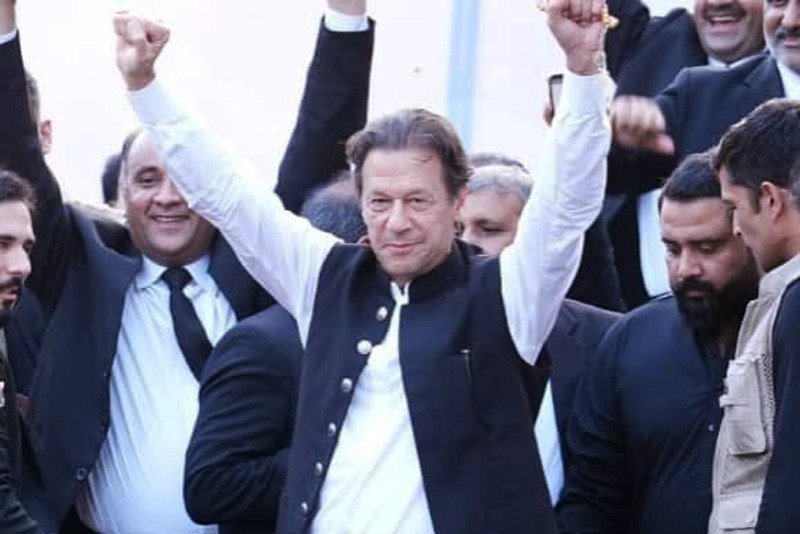 Talking to APP, he said the ICT administration and the PTI has signed an agreement ahead of the long march which required the PTI chairman to submit an undertaking with his signature beforehand.

However, the administration was yet to receive the copy of undertaking along with his signature, he added. He said that the organizer of sit-in/protest would be held responsible if the 36-point undertaking, signed by the PTI chairman was violated. According to the undertaking, the permission would be valid for one day (24 hours).

It would be the responsibility of the organizer (PTI) to ensure “dispersal” of people. The undertaking said that Section 144 was imposed on gathering of persons in Islamabad including Red Zone and the permission granted would be in exception (one time only) near T-Chowk/Rawat on main G.T. Road.

It further said that every type of gathering apart from this place would be deemed illegal and action would be initiated n case of violation.

As cricket team of England was scheduled to arrive in ICT on November 26, the organizer would have to ensure that routes for the cricket teams would remain open.

However, in case of any unfortunate incident, the permission would be withdrawn. The gathering should not disturb or disrupt the fundamental rights of citizens of Islamabad and no roads must be blocked including G.T. road.

As per the details, access to public or private property should not be obstructed, whereas clear way for fire brigades, ambulances, and other emergency vehicles should be ensured.