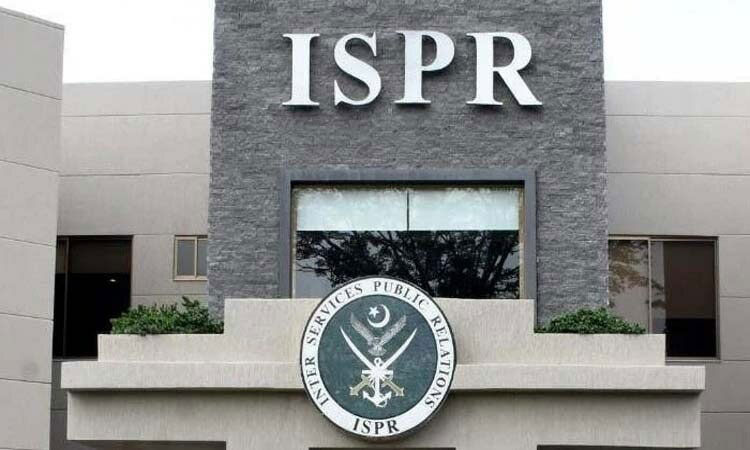 The Inter-Services Public Relations (ISPR) on Thursday strongly rejected the statement made by a top Indian army official about taking control of parts of Azad Jammu and Kashmir (AJK).

In a tweet, the ISPR director general said, “The unwarranted statement of a high-ranking Indian army officer is an apt manifestation of Indian Armed Forces’ delusional mindset and showcases the vivid imprint of domestic political showboating on Indian military thought.”

The military’s media wing furthered that the “fallacious remarks” and “unfounded allegations” of launch-pads and terrorists in Pakistan are an attempt to shift the attention from the Indian Army’s “repressive use of force and gross human rights violations” in Indian-Illegally Occupied Jammu and Kashmir (IIOJK).

The ISPR statement maintained that the Kashmiris in the region are innocent, unarmed, and simply “striving for their right of self-determination, upheld by international law and enshrined in UN Security Council resolutions”.

It stated that the Indian officer’s “lofty claims” and “surreal ambition” was intellectually insulting to the Pakistan military, which is “a force for good and a proponent of regional peace and stability”.

The ISPR reiterated Pakistan Army’s desire for peace but also highlighted its “capability and preparation to thwart any misadventure or aggression” against the country.

It noted that such an assertion has been “comprehensively validated on numerous occasions”, referring to the Balakot episode.

The ISPR said that it would be “in the interest of peace for the region” for the Indian military to “abstain from irresponsible rhetoric and vitriolic communication to shore up electoral support for their political masters’ regressive ideology”.

The ISPR’s statement comes days after India’s Northern Army Commander Lt General Upendra Dwivedi had said last week that the Indian army is “always ready to make sure that ceasefire understanding is never broken as it is in the interest of both nations, but if broken at any time, we will give them a befitting reply,” Indian media reported. He added that the Indian military is ready to execute the government’s orders, such as, taking back AJK.

“As far as the Indian army is concerned, it will carry out any order given by the government of India. Whenever such orders are given, we will always be ready for it,” said Lt Gen Dwivedi.

He further levelled allegations related to terrorism against Pakistan.