* Disney is working on the new film, with Supergirl's Aadrita Mukerji writing the script, according to The Hollywood Reporter 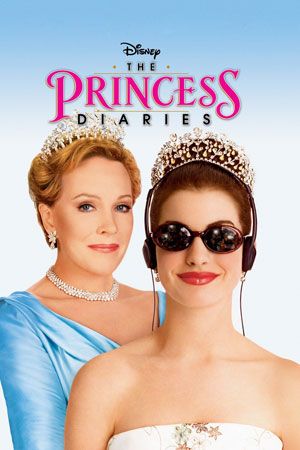 Welcome back to the kingdom of Genovia. A third Princess Diaries movie is in the very early stages of development, a source close to the project tells E! News.

The cast has not yet been announced.

Disney is working on the new film, with Supergirl’s Aadrita Mukerji writing the script, according to The Hollywood Reporter. Sources told the outlet that the third movie will be continuation of the beloved 2000s movies and not a new reboot.

Anne Hathaway-who had her breakout role in the 2001 film as Mia Thermopolis, an American teenager who finds out she is heir to the throne of the European kingdom of Genovia-does not yet have a deal to return to the series, per THR. However, she she has been vocal about a third installment in the franchise happening. After confirming there was a script out there, she told Andy Cohen on Watch What Happens Live in 2019 that she would love to be a part of it.

The actress continued, “We don’t want to do it unless it’s perfect, because we love it just as much as you guys love it. It’s as important to us as it is to you and we don’t want to deliver anything until it’s ready. But we’re working on it.”

Now, Debra Martin Chase is set to produce the new film as well, according to THR. Alongside Anne, the original Disney films featured Julie Andrews, Heather Matarazzo, Mandy Moore, Erik von Detten, Hector Elizondo and Sandra Oh, but no casting announcements have been revealed for the third movie.

E! News has reached out to Disney, as well as to reps for Anne and Julie, for comment but hasn’t heard back.

It’s clear that the movies, which are based on Meg Cabot’s novel, have a special place in Anne’s heart. Last year, on the 20th anniversary, Anne gave a royal tribute the movies that made her a household name. “Miracles happen,” she wrote on Instagram-referencing Myra’s hit track from the soundtrack-along with an array of photos from the film. “Happy 20th Birthday to #theprincessdiaries, AKA the film that launched a thousand sleep overs.” News of the third film comes 18 years after the sequel, The Princess Diaries 2: Royal Engagement, was released in 2004.