PTI gets NOC for holding Islamabad rally on 35 conditions 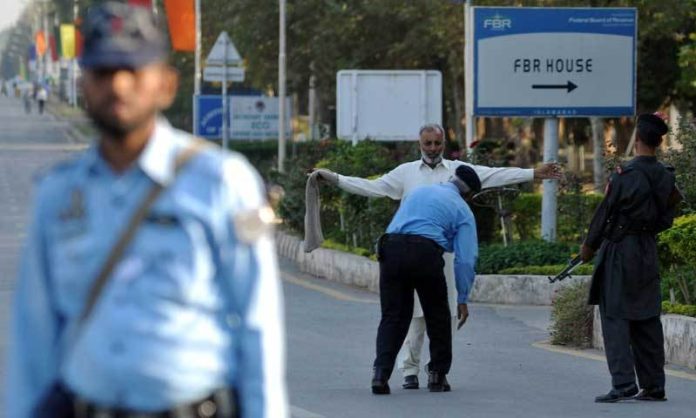 The Islamabad administration has issued NOC to Pakistan Tehreek-e-Insaf for holding a rally in the federal capital in connection with their long march.

District administration Islamabad has conditionally allowed the PTI rally to move towards Rawat from Koral Chowk and asked the organizers to ensure participants remain peaceful during the movement, Islamabad police said.

Under the conditions, participants won’t be allowed to block any road, vandalize public property, or raise anti-state slogans.

Any deviation from the rally route will ultimately lead to the cancellation of the NOC, the DC added.

A deal between PTI and Islamabad administration was made with 35 conditions.

The Islamabad High Court (IHC) directed the Pakistan Tehreek-e-Insaf (PTI) on Friday to submit a fresh application to the capital’s administration for permission to hold a rally, asking the party to ensure that the fundamental rights of the citizens are not affected. IHC Chief Justice Aamer Farooq heard both the PTI’s plea against the delay in the issuance of a no-objection certificate (NOC) for its long march, as well as the traders’, against possible road closures owing to the party’s march. The senior superintendent of police (SSP) operation and the deputy commissioner of Islamabad were also present during the hearing.

IHC Chief Justice Aamer Farooq remarked that as per intelligence reports submitted by the police, there are fears of another attack on PTI Chairman Imran Khan – who survived an assassination attempt earlier this month. The IHC CJ’s remarks came during the hearing of two merged petitions – PTI’s plea seeking a no-objection certificate (NOC) for a protest sit-in in Islamabad and traders’ petition for ensuring the citizens’ rights to access the roads during the prolonged political demonstrations. During the hearing, the police presented a report before the court saying that recently analysed chatter suggests there is a possibility of another bid on the life of PTI Chairman Imran Khan during the protest, which Khan plans to join after recovering from his injuries. The CJ said it was the government’s responsibility to address this issue related to Khan’s security.

Justice Farooq further said the PTI would have to move the court again through a new petition as the one being heard had become ineffective. He said the administration should take a decision on PTI’s request in accordance with the law and ensure that roads are not blocked while determining the venue of the rally, ensuring both the political party’s right to protest and the fundamental rights of citizens.