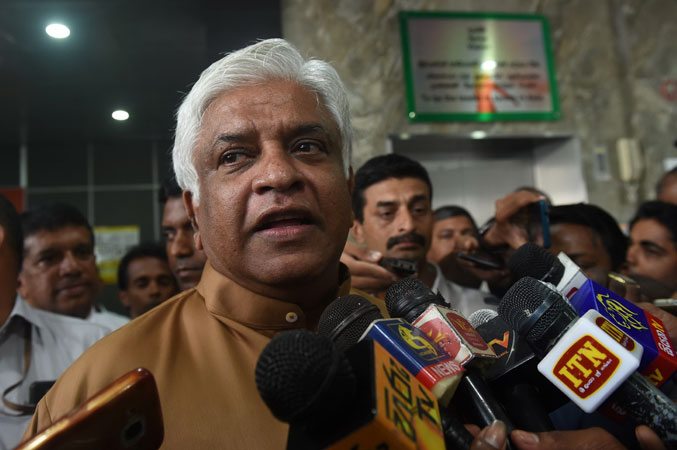 COLOMBO: Sri Lanka’s World Cup-winning captain Arjuna Ranatunga has been ordered to pay $70,000 in a defamation case arising from a long-running feud over control of the island nation’s cash-rich cricket board.

Ranatunga has been locked in a bitter battle with Thilanga Sumathipala, a four-time president of Sri Lanka Cricket, and the pair have regularly traded accusations of graft and match-fixing. Thursday’s civil court judgement dates back to an incident in 2003, when Ranatunga said that his arch-rival was corrupt and unfit to helm the sport’s national peak body.

“My family and friends and people who believed in me are so happy and relieved,” Sumathipala told AFP on Friday. “I wish my mother was still alive to hear this court order. Justice delayed is justice denied. Anyhow, it’s better late than never.” A court official told AFP that Ranatunga had been ordered to pay 25 million rupees ($70,000) for the remarks. Ranatunga’s spokesman said the decision would be appealed in a higher court.

Ranatunga captained Sri Lanka to their 1996 World Cup victory and quit after failing to defend the title in 1999. He has since duelled with Sumathipala for control of the cricket board, including an unsuccessful tilt in 2019. Sri Lanka’s national team has over the years been beset by corruption allegations and in-fighting.

Former sports minister Harin Fernando has said the International Cricket Council (ICC) considers Sri Lanka one of the world’s most corrupt nations under its purview. One of his predecessors, Mahindananda Aluthgamage, told parliament last year that match-fixing was rife in Sri Lanka.

Ratanunga has in the past raised doubts over the integrity of the Sri Lankan team that lost the 2011 World Cup final to India, but stopped short of making direct allegations against players. He has accused Sumathipala of violating ICC regulations by holding office despite his family’s links to the gambling industry — a business Sumathipala says he has no involvement with.

Sumathipala for his part has raised questions over Ranatunga’s own conduct when his team failed to defend the World Cup in 1999.