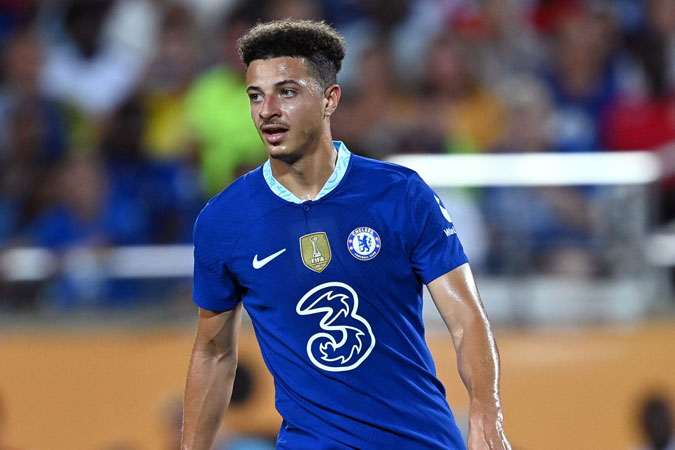 DOHA: Wales defender Ethan Ampadu on Thursday said the team want to prove “how good” they are as the country returns to the World Cup for the first time since 1958. Rob Page’s side will end Wales’ 64-year wait for a game in football’s showpiece event against the United States in Group B on Monday. “I’m not sure it’s more responsibility (playing in the tournament after a long absence),” Ampadu said. “We want to show how big Wales as a nation can be and show how good we are…

“I think you have to have that mindset (of aiming to win), we’re not here to draw or lose.” Wales came through the play-offs with a 1-0 victory over Ukraine to reach the finals and will be hoping to emulate the John Charles-inspired team who reached the quarter-finals before losing to Pele’s Brazil. “We’re here to compete, we’re here to do the best that we can and if that gives us a possibility to win it, then of course, we’re going to back ourselves,” said Ampadu, who is currently on loan at Serie A side Spezia from Chelsea, when asked who else he would like to win the tournament other than Wales.

A meeting with neighbours England closes out the group stage for Wales, who have made the knockout phase in each of the last two European Championships. “You’re on the biggest stage and we just want to put in good performances and go as far as we can,” said winger Mark Harris. “You’ve got to play all three at the end of the day. We’ll go into all three games going for the win, I don’t think it really matters what order they’re in.” Midfielder Joe Allen has been in a race to be fit to face the Americans, while captain Gareth Bale has featured sparingly for his MLS club Los Angeles FC in recent months.

But Ampadu said that “everyone is fit and firing and ready to go”. Wales have pushed back their training sessions to 4:00 pm local time (1300 GMT) in a bid to avoid the punishing heat in Qatar. Harris admitted it had been a shock to the system but that it would not give other teams in the group, which also includes Iran, an advantage. “We went out for a walk this morning at about 11 o’clock and it was very warm, so we were sweating just walking around the hotel,” he said. “Obviously we’re not used to it but I wouldn’t say it’s daunting or anything… I’m sure training over the next few days will help.”