Lonely Planet names Manchester, Sydney and New Mexico among the places you must explore next year 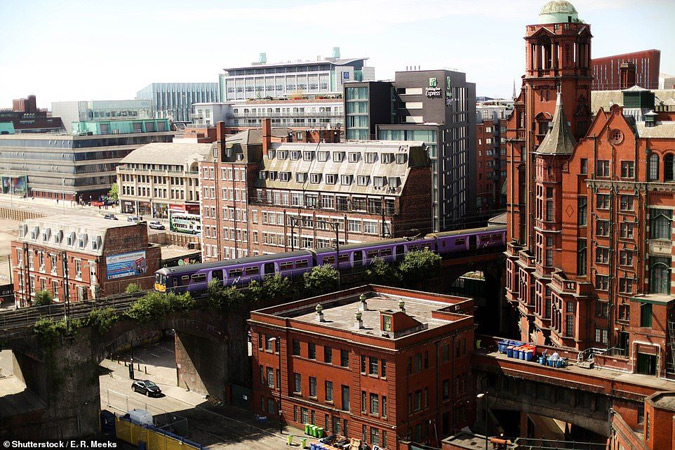 The travel experts at Lonely Planet have unveiled a list of the best places to visit in 2023, with Manchester, South Scotland, Sydney and New Mexico all making the cut.

The list features 30 ‘must-visit’ destinations in total and this year is sorted by the type of experience to be enjoyed there: Eat, Journey, Connect, Learn and Unwind.

Western Australia is also nominated in the Journey list. Lonely Planet says: ‘It covers more land than England, Spain, France, Italy and Germany combined, yet is home to less than one per cent of their collective population. As well as exciting Perth, explore national parks, beaches and characterful towns with fantastic food scenes in the south-west of the state.’

Another top spot for a memorable journey, says Lonely Planet, are the Parques Nacionales Naturales de Colombia, encompassing 59 protected natural areas that harbour some of the most biologically diverse ecosystems in the world. The ‘overlooked’ peninsula of Halkidiki in Greece, meanwhile, ‘historic sunshine island’ Malta and ‘future-facing’ Jamaica all offer ‘tempting chances to Unwind’, says Lonely Planet.

This category also features Dominica (pronounced Domi-nee-kah), known as the ‘Nature Island’. Lonely Planet says: ‘It’s often confused with the Dominican Republic. We don’t expect that to happen for much longer as the Caribbean island opens up to more visitors.’

Travellers looking to ‘Connect with distinctive local scenes’ are directed by Lonely Planet to the buzzing art-centric Accra in Ghana, as well as Sydney – ‘back on the map after the enforced separation of the past few years’.

Alaska also graces the ‘Connect’ ranking. Lonely Planet explains: ‘Since a settlement agreement in the 1970s between the US Government and indigenous groups in Alaska returned millions of acres of land, it is a great example of indigenous groups managing authentic tourism experiences that also embrace sustainability.’

Manchester is spotlighted in the ‘Learn’ category, with Lonely Planet describing it as ‘an accessibility-friendly destination that’s also doing a lot for sustainability’.

The guide continues: ‘Manchester has some exciting things happening in 2023. The Manchester Museum is getting a major renovation, the Manchester Jewish Museum is expanding, and historic Castlefield Viaduct is being transformed into a green walking trail.

‘Delectable food, world-class sports, exquisite art, cool industrial-era architecture. It’s grown in both size and renown in recent years, metamorphosing into a brilliantly creative, proudly musical, and gastronomically diverse hub. Quite simply, it’s one of the best – if not the best – cities in the UK with something for everyone.’

South Scotland is also a Learn category destination, with Lonely Planet urging travellers to ‘explore the ancient Borders town of Melrose, Tweed Valley Country Park and near-secret fishing villages of Eyemouth and St Abbs before moving south-west to the historic market town of Dumfries and the other-worldly Crawick Multiverse’.

South Scotland is joined in the Learn list by ‘Land of Enchantment’ New Mexico. Lonely Planet says: ‘The state lives up to its nickname. Home to 23 native tribes, this is an ideal spot to learn about indigenous culture, art and music while also enjoying the food and natural beauty of the American Southwest.’ Marseille is also a Learn destination, with Lonely Planet describing it as ‘both beachy and urban, French and Mediterranean, modern and historic’, adding: ‘Go for the beach, but with its diverse neighbourhoods, street art and architectural tours, as well as cave paintings dating back 20,000 years in a new museum, there’s a lot to learn here too.’ Lonely Planet’s Tom Hall said: ‘Next year is shaping up to be the year to get out and explore. With much of the world firmly on the road to recovery, travellers are looking for different locations and experiences. ‘The list celebrates the world in all its wonderful enticing variety. Each of the itineraries in Lonely Planet’s Best in Travel 2023 shows how to leave the crowds behind and truly get the heart of a destination.’