Clinical England give cricketing lesson to all 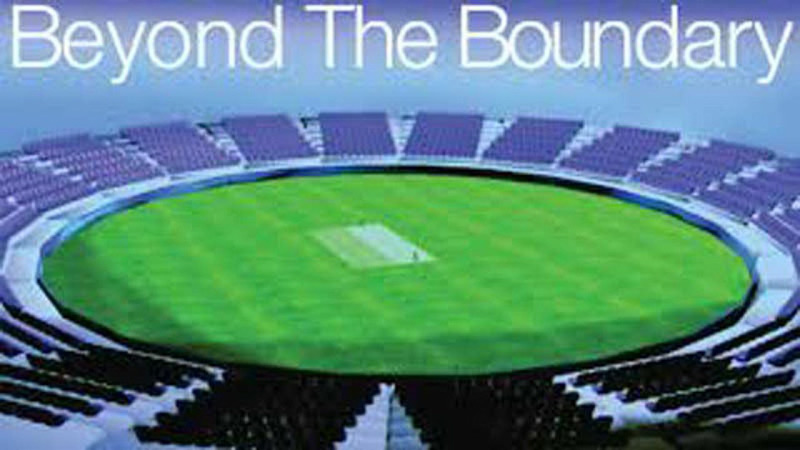 England’s five-wicket win in the Twenty20 World Cup final against Pakistan at Melbourne Cricket Ground on November 13 (Sunday) was one their finest performances in white ball cricket. No doubt, they were clinical and outplayed skipper Babar Azam and his men in all departments of the game. England had enough depth and efficiency in their bowling, their fielding was brilliant and they also had the batting that was equipped with armory to tame rivals with ease and aggressive stroke play. They taught meaning of true professionalism and gave cricketing lesson to all participants in the World Cup. While Ben Stokes’s unbeaten 52 stole the thunder against Pakistan, it was England’s bowlers who put them in a position to win with Sam Curran taking 3-12 and Adil Rashid 2-22 to restrict Pakistan to 137-8. Sam Curran took 13 wickets overall to be named not just man-of-the-match, but player-of-the tournament.

Pakistan middle order fails to fire in the tournament: After losing their opening matches to India and Zimbabwe, Pakistan should thank the Netherlands for qualifying for the semifinal. Just like it was in 1992, Pakistan had found their mojo back before the semis but they were not the favourites. Even after losing the toss in Sydney, they restricted New Zealand to just 152-4. The score could have been lower if not for the semis specialist Daryl Mitchell’s fifty. On a sluggish pitch and given the form of their openers Mohammad Rizwan and skipper Babar Azam, the men in green might have struggled to chase this down. But just the way Inzamamul Haq shone in 1992, Babar Azam and Mohammad Rizwan did in 2022 as Pakistan chased down the total very easily in the end thanks to 105 run opening stand which came in just 75 balls. They had seemed destined for the title, and could have done well had their batting fared better. Their struggle throughout the tournament resurfaced in the final. The middle order, which had been key for Pakistan during their run in Australia, failed to fire. However, Pakistan can take heart from the way their bowlers kept them in the hunt. Pakistan looked set to post a competitive total when they had 84 runs on the board for the loss of just two wickets, at the end of the 11th over in the final. But everything fell apart as the England bowlers made an excellent comeback to restrict them to under 140. Pakistan lost six wickets for just 53 runs in the last nine overs of their innings, scoring at less than six runs per over during that period. Pakistan claimed three England wickets in the powerplay while defending their total but they conceded 49 valuable runs at the same time. In low-scoring matches, the defending team not only needs to pick up wickets but also needs to keep the runs in check. While Babar Azam’s men ticked the wickets’ column, they couldn’t control the flow of runs.

A rollercoaster ride: From the underperforming low of a loss to Ireland, to victory on the biggest stage of all, England enjoyed a rollercoaster ride to the ICC T20 World Cup title. For the second time in their history, England are T20 champions of the world. England won the first title in 2010. England’s triumph over Pakistan on Sunday also made them the first team in history to hold both one-day and T20 World Cups at the same time, following their 50-over triumph in 2019. Their efforts were all the more impressive given they were without five first-choice players due to injury — Jofra Archer, Jonny Bairstow, Dawid Malan, Reece Topley and Mark Wood.

England came into the World Cup on the back of a 4-3 T20 series win in Pakistan, which was a key bonding experience for Jos Buttler as new captain with the team, setting them up for the coveted title. Jos Buttler was only appointed skipper in July after Eoin Morgan announced his retirement from international cricket. Eoin Morgan oversaw England’s white-ball revival following their embarrassing first-round exit at the 2015 World Cup, a resurgence capped when he steered them to the 2019 title. The day England lost to Bangladesh in Adelaide in 2015 and were knocked out of that 50-over World Cup, they drew a line in the sand not to come under pressure. Since then, this method has taken them to the knockout stages of all five white-ball ICC events. They have won two, been runners-up once, and ended as losing semi-finalists twice. This is remarkable consistency in this era of professionalism and competitive teams.

England’s best performance against India: The first win against Afghanistan was a nerve-settler for England, and Sam Curran’s outstanding returns of 5-10 were a sign of things to come for the left-armer. England huffed and puffed a little in the chase of 113 to win, but Liam Livingstone and Moeen Ali finished the job down the order. The low point of England’s campaign came at a damp MCG against Ireland. Andrew Balbirnie and Lorcan Tucker took advantage of some sub-standard bowling in the first half of Ireland’s innings, but England would still have backed themselves at the halfway stage. But, with rain forecast, England were tentative in their chase and never got ahead of the required rate. Some big hits from Moeen Ali almost rescued the situation, but the rain arrived before the left-hander had faced many deliveries, leaving England narrowly behind on DLS and suffering a famous loss to their neighbours.

A washout against Australia left England in a tricky spot in Group 1. To share the points with Australia after losing to Ireland meant that Jos Buttler and his charges couldn’t afford another loss. Neither team were happy with the no-result outcome, but the game had threatened to be a win-or-bust fixture for both teams and sharing the points at least meant they both still had stakes in the competition. England defeated New Zealand by 20 runs and later Sri Lanka by four wickets to make it to the semifinals. A demolition job and England’s best performance of the tournament by a distance came against India in the semi-final. The bowlers did a tidy job to restrict India to a competitive yet chaseable 168-6. But the stars of the match were England’s opening pair of Jos Buttler and Alex Hales, who chased it down without losing a wicket and with four overs to spare.