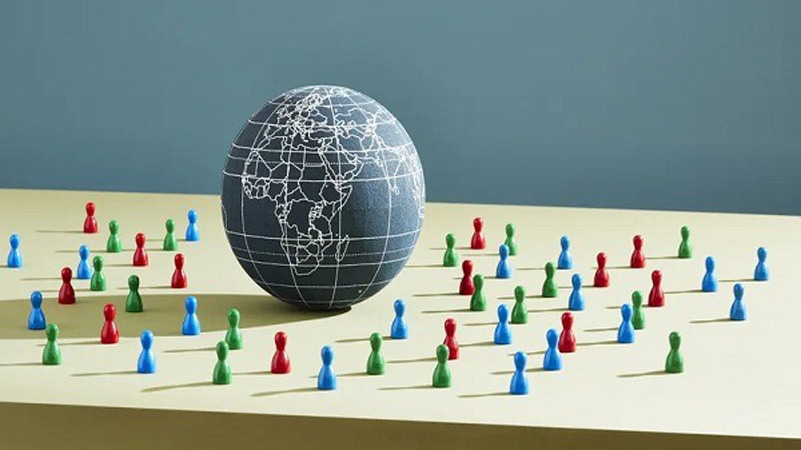 The world’s population has reached eight billion and half of the people that made up the increase from seven billion in 2011 to eight billion now are from Asia.

Growing at an average annual rate of 1.9 percent, Pakistan is home to almost 3 percent of the world’s population and nearly 3.6 children are born to a woman on average in the country, said a press release, issued by the UNFPA on Monday. Pakistan is among the eight countries where more than half of the increase in global population leading up to 2050 will be concentrated. These countries include the Democratic Republic of the Congo, Egypt, Ethiopia, India, Nigeria, the Philippines, and the United Republic of Tanzania.

The eight billion mark is a milestone for humanity and a moment of reflection. It is a time for Pakistan to take stock and drive action, no matter the direction of the population growth. Focusing on numbers alone may not present the full picture. It is time to look beyond the numbers and to keep counting for evidence-based decisions. The solution is not more or fewer people but more and equal access to opportunities for the people. Although the global family of eight billion has come a long way in terms of welfare and development with better health systems, less poverty and fewer maternal deaths, the progress has not been enjoyed equally. Socioeconomic inequalities are widespread across provinces and regions. Access to health care, rights, and quality of life vary among various population groups.

The universal lesson is that societies that invest in their people, in their rights and choices, take on the road to the prosperity and peace everyone wants and deserves.

Women and girls must be at the heart of all efforts. Their reproductive health and rights, education, skills development, and employment must take priority to set the country on the path to prosperity. Family planning services, quality maternal health care services, and appropriate information must reach everyone.

“The power of choice can move demographic and development indicators naturally in the right direction. Rights-based family planning campaign that involves service, advocacy, and social norm components can change the scene to show economic development in terms of levels of welfare and ensure gifted natural resources can sustain for a longer time,” said Dr. Luay Shabaneh, The United Nations Population Fund (UNFPA) Representative (Designate), Pakistan. Pakistan’s National Population Narrative, based on three interlinked principles of Rights, Responsibilities, and Balance has set the direction suitable for the country.

It emphasizes that family planning should be driven by informed choice and underlines the state’s responsibility for fulfilling all citizens’ rights to the information and services they need to make and act on informed choices. Pakistan is among the few countries with detailed population policy and programme roadmaps at the federal and provincial levels. It is time to translate these plans into actions.

All stakeholders must join hands to accelerate the implementation of these policies and programmes. So every birth is intended, every childbirth is safe and every young person’s potential is fulfilled.