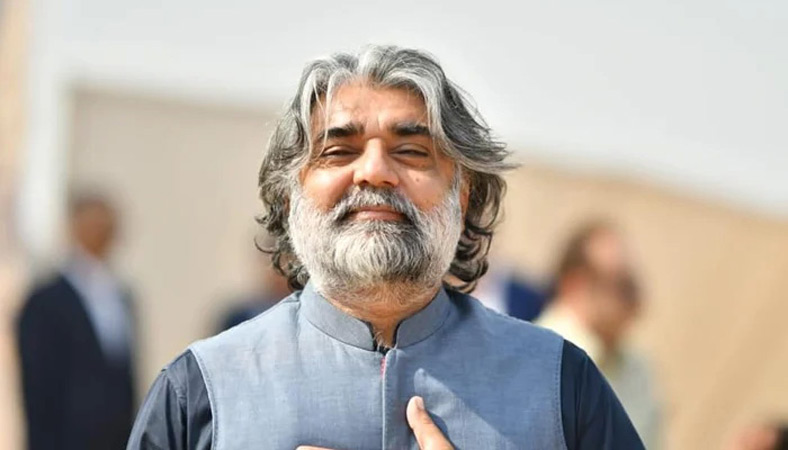 Providing the reason for his termination, Khan said he violated party policy and spoke on media against the party’s version without prior permission. “From now onwards, he is no more in PTI,” he said, as he advised media personnel to not consider him as a party leader and directed government officers and officials to not entertain him. PTI Senior Vice President Fawad Chaudhry earlier in the day claimed that Rokhri was not a member of the party and asked: “Who is this?” But despite his claim of Rokhri not being a party leader, a notification has been issued of his suspension.

A day earlier, Rokhri told a private TV channel that the army officer was two-course junior to him and knew him the way Hamid Mir knows about fellow journalist Saleem Safi. He said a bunch of sycophants surrounding “poor” Khan had brought him to this juncture, adding Imran Khan does not pay heed to those sincere to him, including his sisters.

Narrating details, he said at a meeting at Bani Gala, it was said the general officer was tasked with crushing Imran Khan’s narrative and the PTI. However, Rokhri said that he interjected in the meeting and told the PTI leadership that the officer was a thorough professional and a man of principles who would not sell his conscience and honour to please anyone. Rokhri said Salman Ahmad briefed Imran Khan on his views about the officer, adding PTI chief asked Salman to direct Rokhri to confront the officer. Rokhri said he, as desired by Imran, met the officer. Rokhri said that when he asked the officer if he had been tasked with crushing the PTI, he responded, “What are you talking about; don’t you know me? I was posted (to this office) on Gen Sarfraz’s martyrdom day. Imran is the leader of the country’s largest political party and a hero. Why would I go against him? If some people are telling Imran things like this, tell him there is nothing like this.” The PTI leader said he conveyed what the officer said to Imran, adding that on his suggestion, the officer was also willing to meet the PTI chief.

Rokhri said he met the officer again, who said: “You people should continue with your struggle. If any obstruction comes from our side, we would (be answerable). You people should stop calling names to generals and martyrs.”

The PTI leader also told Mir that he met the officer for a third time, along with Salman as Imran’s spokesperson. He added that the meetings with the officer took place after Shahbaz Gill’s incident.

Rokhri said that when Salman asked for yet another meeting, he suggested that the PTI chief meet the officer. “The PTI sent me the conditions for talks, which I forwarded to the persons being named. They agreed to meet but suggested a place other than theirs or ours.” Rokhri added that Salman later called him to Islamabad for meeting with Imran, but he could not meet the PTI chief despite a long wait. He was called again, according to Rokhri, but he could not meet the party chief. He added that he refused to meet when he was called for the third time after the attack on Imran.

He said he wanted to normalise the situation but refused, telling them (PTI leaders) that he would not be part of the game they had started. He quipped: “Hasn’t Alvi Sahib arranged the meeting?”

The PTI leader said he spoke the truth about the general officer on a TV channel, but the abusive brigade started targeting him. He added that Faisal Vawda was also sincerely trying to defuse the situation, but the “abusive brigade” went after him.

Rokhri also questioned the narrative the party is building in the long march, adding that the PTI chief’s strength was the people’s votes, not a mob which could help him form the government.