Why does US ballot counting take so long? 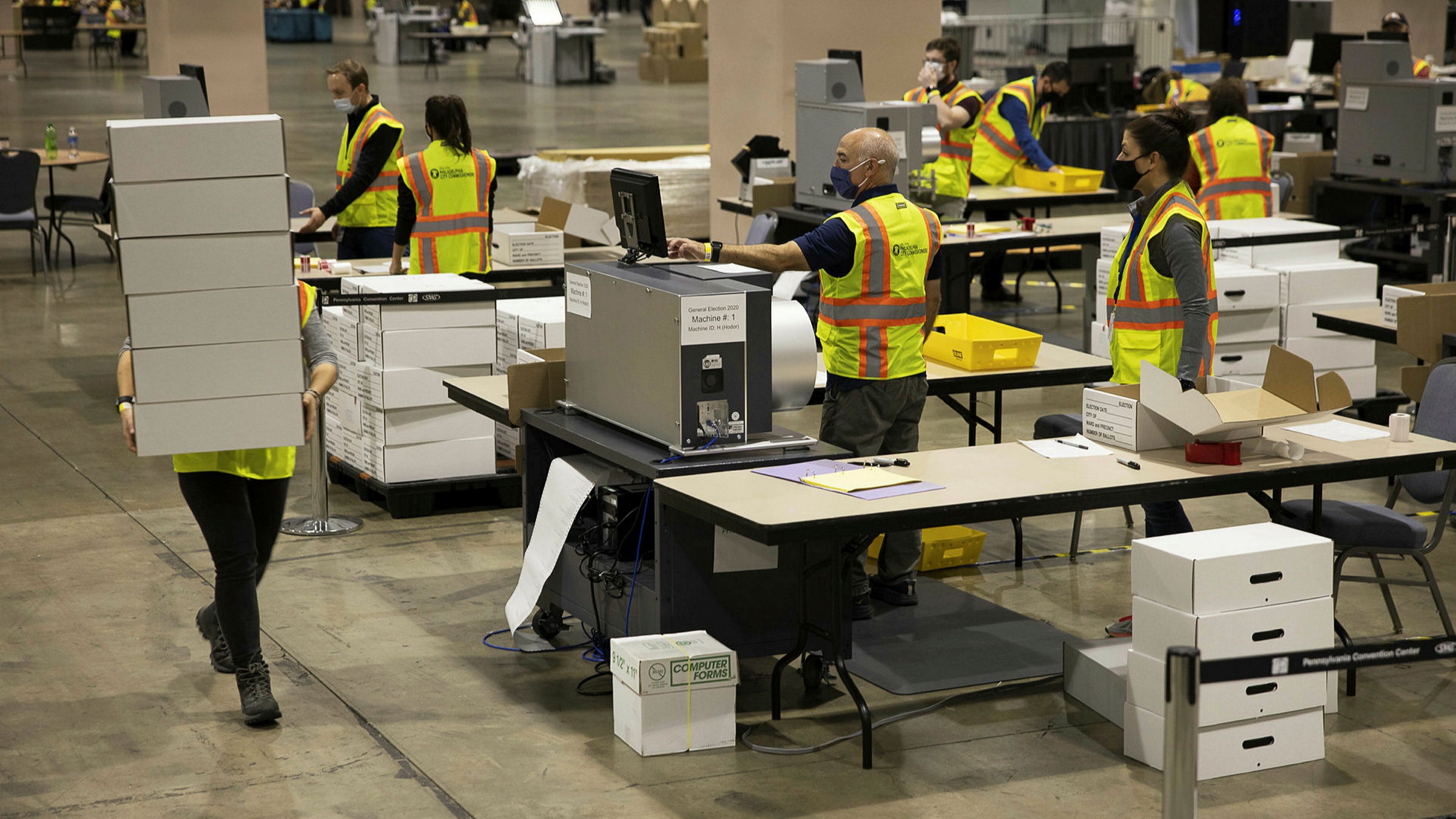 Why does US ballot counting take so long?

The balance of power in the US Congress following Tuesday’s midterm elections is still up in the air, with several key races yet to be called some 48 hours after many polls closed.

A cliffhanger-style multi-day wait for results is far from unusual in the United States, where it is the media that generally first calls elections, based on votes tabulated by county clerks and other officials as well as statistical analysis.

While the long delays can exasperate American voters, and raise questions from curious international observers, there are several reasons why the process can stretch out.

For starters, US elections are largely decentralized, and each of the 50 states has its own rules.

Some Americans vote on machines, others with paper ballots. Some vote in person, others by mail.

Some vote on election day, others in advance. Many citizens take advantage of ballot drop boxes.

As election officials in multiple states urged patience with the vote counting, Republican US Senator Marco Rubio of Florida aired his complaints.

“If #Florida can count 7.5 million ballots in 5 hours how can it take days for some states to count less than 2 million?” Rubio tweeted Wednesday.

Ballots, on which Americans generally vote for a variety of candidates and initiatives, can take a while to tally.

With voting by mail widely popularized during the Covid-19 pandemic, things are taking even longer — the ballots can arrive at counting stations several days after the election. Ohio and Alaska count those that arrive up to 10 days later.

Compounding matters, in many states election officials are not even allowed to begin counting mail-in votes in advance.

The extended time needed to carry out the process fuels conspiracy theories, especially after the 2020 election, which president Donald Trump falsely claimed was rigged against him.

That race between Trump and eventual winner Joe Biden was not known for four days.

The southeastern state of Georgia played a special role in 2020, as the balance of the US Senate hung on a second-round election in the state.

This year is proving to be a case of deja vu.

With no one candidate surpassing the 50 percent threshold on Tuesday to prevent a second round, the two leading candidates, Democratic incumbent Raphael Warnock and Republican challenger Herschel Walker are headed to a December 6 runoff.

Organizing elections in a country of some 333 million citizens is in itself a logistical challenge.

The process rarely goes off without a few small hiccups. This year for example, the electoral machines in one Arizona county encountered operational problems, disrupting the vote.

Some Republicans — including Trump himself — pointed to it as evidence of fraud, a claim immediately dismissed by authorities.

Even without technical incident, races can simply be extremely close, as several in Tuesday’s election are turning out to be.

Twenty states have laws mandating a recount if the margin between candidates is too thin.

In one stand-out case in 2000, the country held its breath for 36 days with the entire election hinging on delayed results from one state, Florida, as Texas governor George W. Bush and vice president Al Gore vied for the White House.

At the heart of the civic imbroglio was a razor-thin vote that prompted a highly contested hand recount. In the end, the battle wound its way to the Supreme Court, which issued a decision favoring Bush that December.

In 2008, a race for a US Senate seat in Minnesota resulted in an epic legal battle. The result was finally known some eight months later.