* The film, which is all set to release in Pakistan on November 18, has been all the rage ever since it bagged several accolades worldwide 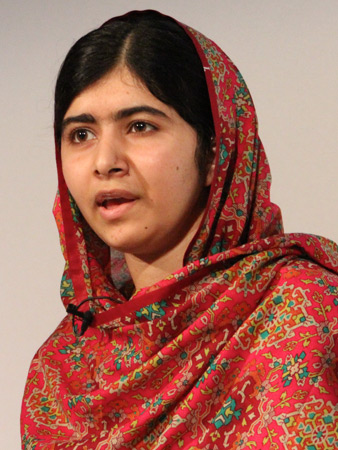 Written and directed by Saim Sadiq, and produced by Apoorva Guru Charan, Sarmad Sultan Khoosat and Lauren Mann, Joyland features Ali Junejo, Rasti Farooq, Alina Khan, Sarwat Gillani, Salman Peerzada, Sohail Sameer and Sania Saeed. The film, which is all set to release in Pakistan on November 18, has been all the rage ever since it bagged several accolades worldwide. Sadiq’s fruit of labour will be screening in local cinemas next week. The film made even more headlines when Pakistan’s youngest Nobel Prize laureate, Malala Yousafzai, joined the project as its executive producer.

“My goal was to bring attention to the stories that are often put aside, to give an opportunity to more voices from different corners of the world and focusing especially on women, people of colour and young artists,” Yousafzai told Variety in a recent interaction. “Starting with Joyland is such a moment of joy, because this is a Pakistani film produced by Pakistani directors, writers and actors, and I’m a Pakistani executive producer. This was such an incredible opportunity for me to begin with this. I always imagined a world where I could support more Pakistani content, more Pakistani artists.”

The activist further added, “The themes that are touched upon in this movie resonate with people all around the world. We hear about family dynamics, we hear about the relationship between parents and children, between husband and wife, between the work that you are expected to do inside your house compared to the role you want to play outside in society. And these are the things that we hear about in every corner of the world.”

Elaborating on the same, Yousafzai divulged, “There are disappointments from parents, there are disappointments in relationships as well. And these are the themes that this movie has touched upon so beautifully. We also hear about identity and how people are trying to understand their own identity and then find a place for it in their home and outside as well, finding that dignity and respect that they deserve.”

Sadiq, while speaking to the publication shared his own two cents about his upcoming release. “There is something to be said about how we’ve been talking on issues about identity and sexuality and gender, and the politics regarding trans issues, which we’ve only seen with the Western frame of reference so far in movies and film. That may not be the same as what is a South Asian frame of reference, because, even though the issues are pretty much the same, the way of dealing with them emotionally and politically, are very different,” Sadiq told the outlet.

“This film does introduce a new leaf in terms of the conversation around that because it’s just refreshing to see a very empowered trans character who happens to be brown and Muslim and in a country like Pakistan,” he shared.

Sadiq also has a different perspective on the conservative family that is at the core of Joyland. “Very often in movies, we do enforce liberal values, and tend to paint the people who are conservative with a brush that perhaps we shouldn’t, because we from the media, or from the artistic community where most people often are liberal, we expect a certain amount of empathy from the conservatives for us, but it starts with us affording that empathy to the conservative folks as well, and looking at them with an empathetic light, and seeing how they perhaps are also struggling with the very system that they’re trying to uphold,” the director commented.

Meanwhile, Yousafzai is unequivocal about her support for the film. “This film deserves an Oscar and I’m really proud that it’s been submitted from Pakistan – it deserves all the awards out there. And I hope that more and more people step forward and nominate the film,” says Yousafzai. “I will be doing all that is in my capacity, whether that’s in person or in any other way, to tell everyone that this is an incredible movie, watch it, nominate it, support it.”

Previously, talking about Joyland, the 25-year-old told the publication she’s “incredibly proud to support a film that proves Pakistani artists are among the best in global cinema.” She had said in a statement, “Joyland invites us to open our eyes to the people closest to us – to see our family members and friends as they are, not coloured by our own expectations or societal bias.” In an exclusive, Sadiq spoke about the Academy Awards, saying it’s a long process for that, and things will start looking up if they get shortlisted in December, but for now, his “primary” focus is on the Pakistan release, and everything else is a bonus.

“Of course, with the Oscars, there’s optimism and excitement but the intent is for the film to be seen and the Oscars will enable that eventual goal. I want all kinds of people to see it instead of it becoming a niche for people who already agree with my point,” he said, which essentially is why they onboarded Malala.

“Her involvement is particularly important for the campaign. She is there to promote the film, have it screened and introduce it at festivals. That’s what she did in London also. Campaigning is a big part of the Oscars. One can pretend that it’s only about the quality of the film but it’s not,” exclaimed Sadiq in all honesty.

“There’s a whole process where you need to make people watch the film so that they can vote for it. To make people watch it, everyone sort of brings a celebrity on board to promote it and in that way, I think she will help a lot!”