Why can’t I name people? 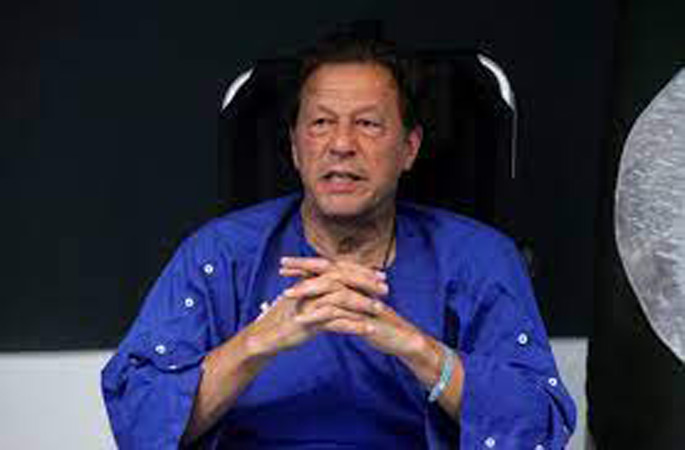 PTI Chairman Imran Khan, in an interview with CNN on Monday, asked why he cannot take the names of people who he believed were behind his assassination attempt.

“How come I as a person who was about to be assassinated can’t name the people who planned this attempt on me,” he asked. The former prime minister said three bullets were taken from his right leg from the shooting which injured him last week. In an interview with CNN’s Becky Anderson, Khan said, “They took out three bullets from my right leg. The left had some shrapnel which they’ve left inside.”

Khan said his bone has been damaged and that his leg is in a cast, adding that it will take four to six weeks for him to resume normal activity.

Speaking from his residence in Zaman Park, Lahore, Khan said that he had information from within intelligence agencies that the shooting which injured him last week would take place. When asked by Anderson what information he had been given on the incident, and by whom, Khan said, “Remember, three and a half years I was in power. I have connections with intelligence agencies, the different agencies that operate.

How did I get the information? From within the intelligence agencies. Why? Because most people are appalled by what is going on in this country.” Imran Khan alleged that two months ago a video was “produced by the agency” accusing him of blasphemy and hurting religious sentiments. “As the events unfolded, they are in that speech. How this would happen, how in the name of blasphemy a religious fanatic would kill me and they would blame it on him. All this is in my speech which I put on television – it’s on social media,” he said in reference to a speech he made on September 24, in which he said he outlined how the events of the shooting would transpire. He said that the incumbent government had planned the attack on him and wanted to show that a “religious fanatic did it”. “It was a planned assassination attempt and we knew about it. And this is why I have called for an independent investigation […] I have named three people and they are responsible for it. If an independent investigation is to be done, then it should be done with them on top,” Imran demanded. When asked about suggestions from his critics that accusing the current government of perpetrating the attack would help Khan get back into office, he replied that he doesn’t “need any reason to accuse this government for me to get back into power,” adding that his Pakistan Tehreek-e-Insaf (PTI) party remains popular since his ousting in April. “They tried everything to somehow get me out of the way. When that didn’t happen, this was planned,” he added.

Earlier, Imran Khan said the party’s long march would achieve its target “no matter what the circumstances” as the former prime minister pressurises the government in his quest for snap polls. The ex-prime minister, during a meeting with representatives of media bodies, said that the party would back down only after getting the date for general elections. He said that no compromise can be made with coalition rulers, including PPP Co-chairman Asif Ali Zardari and PML-N supremo Nawaz Sharif. The PTI chief said that the personnel of the army standing guard on the borders were like his “children”.