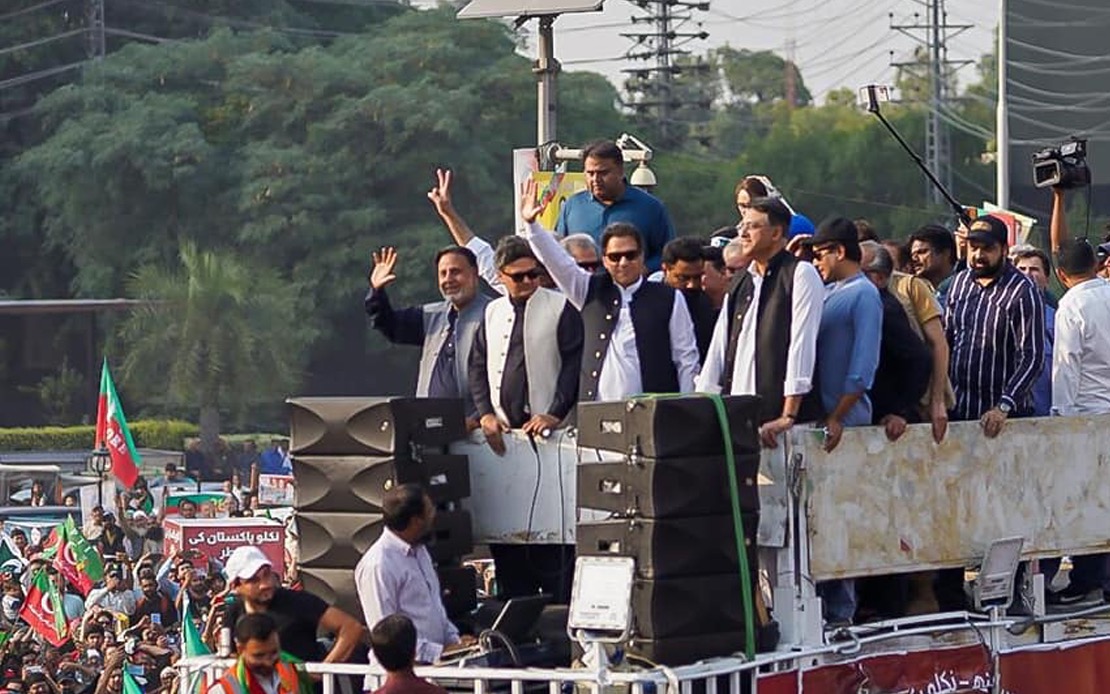 Pakistan Tehreek-e-Insaf (PTI) has changed the schedule of its long march again and now it will resume on Thursday instead of Tuesday.

The decision was taken during a meeting presided over by PTI Vice Chairman Shah Mahmood Qureshi. The meeting was held to review preparations made for the march and supervise the security arrangements following the Wazirabad incident.

While speaking to journalists PTI Vice Chairman Shah Mahmood Qureshi announced that the party’s long march will be resumed on Thursday (November 10), instead of Wednesday.
The national cricket team will face New Zealand in the semi-finals of the T20 World Cup on Wednesday which has compelled the PTI leaders to change the long march resumption date from Wednesday to Thursday.

Earlier, The Punjab Inspector General has been ordered by the Supreme Court to register a first information report into the attack on PTI leader Imran Khan in Wazirabad within 24 hours.

The top judge of the country also directed the Punjab Police chief to assign an honest officer to investigate the attack on Imran Khan.

The civil administration of district Rawalpindi has announced two holidays for all educational institutions on account of the prevailing law and order situation in the city.

According to a notification, all public and private schools and colleges would remain closed on November 8 and 9.

The district administration spokesman informed that due to prevailing law and order situation of the country the competent authority has decided that all educational institutions (Government as well as private) situated within Tehsil Rawalpindi would remain closed for two days, Nov 8 & 9.