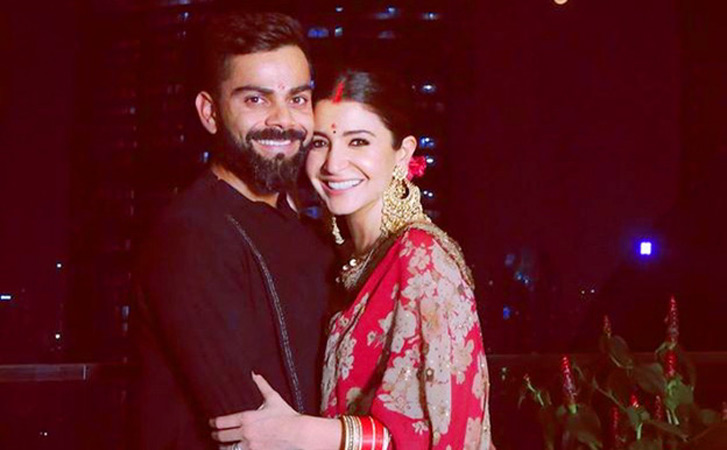 Anushka Sharma, an actress, and Virat Kohli, a cricketer, appeared in a new commercial together as the player recently turned 34. In the new commercial, a worn-out Virat slept out next to a laptop while lying in bed. Virat’s birthday cake was taken from the refrigerator by Anushka as she crept into the kitchen. It was blue in colour and had the words “happy birthday” written on it.

Anushka attempted to open the drawer with the cake in one hand in order to get a knife to cut the cake. The cake dropped to the floor and the actor slumped backward with the drawer’s handle still in her fingers after she yanked the handle.

When Virat Kohli heard the loud noises, he hurried out of the bedroom holding a broom in anticipation of robbers. However, he discovered Anushka on the ground with pieces of the cabinet lying all around her. Virat’s expression changed as Anushka showed him the ‘happy birthday’ cake topper. On Sunday, Anushka posted the video to Instagram. A admirer commented on the post, “This cute video improved my whole friggin day,” in response to it. Another individual wrote, “Both! Such sweethearts!” Fantastic concept, enjoyed it, one person commented. I assumed the drawer had a kid safety lock on it, another person said. Anushka shared a string of funny pictures of Virat on his 34th birthday on Saturday. On Instagram, Anushka posted the pictures which she captioned, “It’s your Birthday my love, so obviously, I chose your best angles and photos for this post Love you in every state and form and way @virat.kohli.” In the pictures, Virat made goofy facial expressions.

The couple married in December 2017. Anushka and Virat welcomed their first youngster Vamika Kohli at Mumbai’s Breach Sweet hospital in 2021. After taking a break, Anushka will probably be seen subsequent within the upcoming sports activities biopic movie Chakda Xpress impressed by cricketer Jhulan Goswami’s life and journey. The movie will stream solely on Netflix.