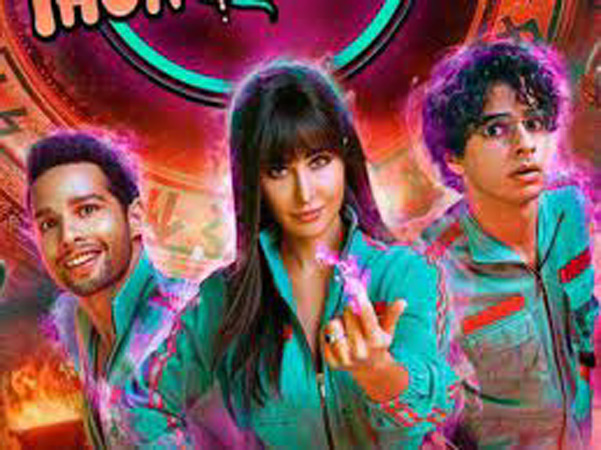 The Bollywood movie Phone Bhoot which is released on November 4, 2022, starring Katrina Kaif, Ishaan Khatter and Siddhant Chaturvedi has reported failed to deliver as per expectations.

According to trade reports, “The main release this week was Phone Booth and it opened to a dull 5-10 percent response with a decent release of 1300-1400 screens. The opening is low and the other problem for the film is that this genre does not grow like a concept drama. It will need huge growth on Saturday to stand a chance at the box office.”

“The only plus can be is that opened better than competition of Mili and Double XL but that is not much of an achievement as those films opened to horrible collections with Mili being better of the two,” Box Office India added.

As per the outlet, Phone Bhoot minted somewhere between Rs 1.75 crore to Rs 2.25 crore on Day 1. The Gurmmeet Singh-directorial did not give an impressive opening with only 10-12 per cent occupancy.

For the unversed, Phone Bhoot is a comedy horror film is produced by Farhan Akhtar and Ritesh Sidhwani under Excel Entertainment.

Phone Bhoot follows a ghost who reaches out to two ghostbusters for a business idea. However, everything goes downhill as the eerie ghost reveals her plan.