LAHORE: Abrar Ahmed produced his best performance of the season on Thursday, taking six wickets for 61 runs, to put Sindh eight runs ahead of Southern Punjab before they finished with the second innings lead of 80 with eight wickets in hand at Pindi Cricket Stadium. The second day of the seventh round belonged to the 24-year-old mystery spinner as Abrar recorded his fifth five-wicket haul in as many matches of the ongoing Quaid-e-Azam Trophy. He further consolidated his position as the leading wicket-taker and now has 38 scalps at 17.66. The next best, Central Punjab’s Mohammad Ali, has 24. Southern Punjab, replying to Sindh’s 210, were bowled out for 202 in 59.5 overs as Abrar, once again, proved too hot to handle.

Muhammad Umar and Ghulam Mudassar equally shared the remaining four wickets. The best score in Southern Punjab’s innings came from Sharoon Siraj who made 35 off 76. Sindh were 72 for two in 28 overs when stumps were drawn with Khurram Manzoor batting at 26 and nightwatchman Muhammad Umar on 0. Omair Bin Yousuf (18) and Saud Shakeel (21) were dismissed by Mohammad Ilyas and Salman Ali Agha. At Abbottabad, Balochistan’s Bilawal Iqbal took three more wickets against Northern to record first-class career’s 11th five-wicket haul. The 33-year-old right-arm medium fast took five wickets for 49 as Northern could manage 259 in 85.2 overs.

Balochistan’s batters put up solid performances that took their side to 218 for three in 52 overs by the end of the day’s play. Haris Sohail stroked a half-century, making 66 not out off 101, and had the company of his captain, Asad Shafiq, who batted at 47 not out off 103, at the other end. Imran Butt made 44 off 53 and Abdul Wahid Bangalzai scored 38-ball 41.

Northern all-rounder Aamir Jamal, who announced himself at the world stage by defending 15 in the final over of the sixth T20I against England on his international debut, took two wickets for 67. Brilliant half-centuries by Khyber Pakhtunkhwa captain Khalid Usman and Niaz Khan in the lower-order lifted Khyber Pakhtunkhwa to 436 after they resumed the day on 267 for five.

Khalid made 53 off 148 (five fours and a six) and Niaz scored 65 off 80 (11 fours). Mohammad Imran, with his 40 off 60 (three fours and four sixes) contributed crucial runs at number 11. Central Punjab’s opener had accumulated 99 runs in 30 overs with Abdullah Shafique scoring 54 not out off 82 (eight fours and a six). He was joined by Abid Ali, the only batter in men’s cricket to score a century on Test and ODI debuts, on 38 off 98.

2: Northern elect to bat against Balochistan at Abbottabad Cricket Stadium 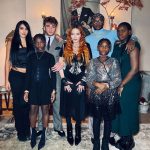 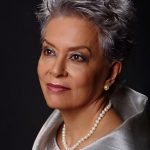