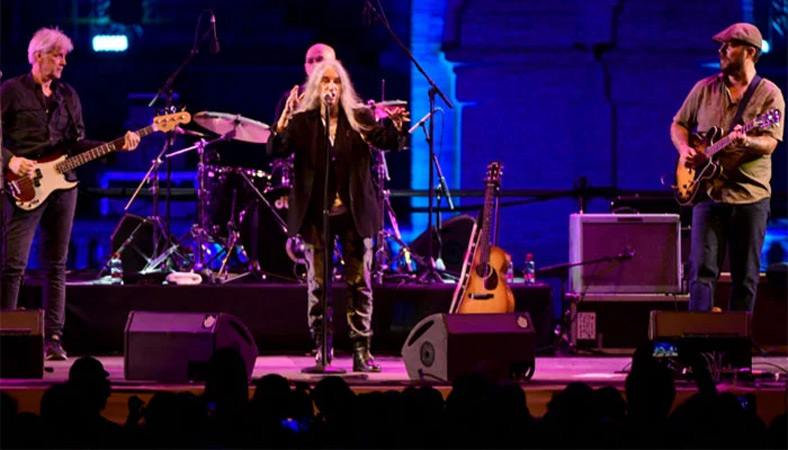 Her Godmother of Punk Rock icon status made her a household name, but for Patti Smith, it´s writing where she finds her true artistic voice. Along with her musical performance and literary pursuits, Smith is a painter and photographer, but if she had to choose one form? “Writing is my most essential form of expression,” the artist told AFP in Chicago, where she recently received the prestigious Ruth Lilly Poetry Prize. Smith, who was inducted into the Rock and Roll Hall of Fame in 2007, is perhaps best known for her seminal punk album “Horses.” But poetry was an earlier love, and “Horses” begins with lines from a poem that she penned. “Performing poetry, reading poetry was very strong in New York in the late 1960s and early 1970s,” she said. But “I had so much energy and was really a child of rock and roll, so standing there reading a poem was never satisfying to me,” Smith continued. “I quickly merged my poems with a few chords as something to propel me to improvise more poetry, and it sort of evolved into a rock and roll band.”