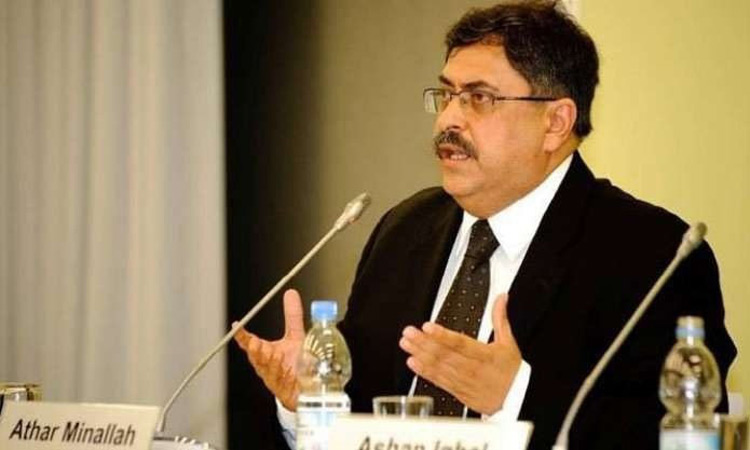 “We will also be accountable. We are not scared of criticism,” the chief justice reiterated after inaugurating and laying the foundation of the Legal Facilitation Centre of Islamabad High Court’s newly-constructed building. The ceremony was attended by the IHC chief justice, newly-appointed Law Minister Ayaz Sadiq, former law minister Azam Nazir Tarar, high court judges, and session judges. Justice Minallah admitted that the judiciary is facing several challenges.

“We cannot change the 70-year-old system with a magic wand. There is a need to strengthen the justice system through reforms. I hope the state will fulfil its promise to provide inexpensive justice to citizens,” he said, stressing on the need to change the system.

In relation to the reform system, the IHC’s top judge informed that he has done the paperwork and has taken the federal government on board. The chief justice congratulated lawyers at the occasion, highlighting that these buildings are meaningless if petitioners do not get inexpensive and expeditious justice. “Our existence is for the petitioner. Are we trusted by the petitioner as we should be?” the chief justice told lawyers, admitting that it is not the case.

He also requested political leaders to play their role in restoring public trust. The IHC’s top judge shared that he found out through Article 7 that there is no mention of the judiciary in the state’s interpretation.

“People should get inexpensive and expeditious justice. This is our goal. Restoration of trust is our intention, as it is the petitioner’s right,” Justice Minallah said asserting the need to restore the nation’s trust in the judiciary.

During his address, he insisted that judges and lawyers exist for the petitioner, and it was their goal to serve the public. “This should not stop at [constructing] buildings. The state will fulfil its commitment to provide inexpensive and expeditious justice to the citizens,” the chief justice said, addressing the ceremony.

Also speaking at the ceremony, Law Minister Sadiq emphasised the need for strengthening democratic institutions in the country.

“If anyone of us is aggrieved by any court decision, we may criticise or disagree with the judgment and not the entire institution, as by doing so we may weaken our judiciary,” the minister said, adding that political pressures should not be imposed on the judiciary to ensure rule of law.

The minister said that those who get the decision in their favour feel happy, while those who don’t criticise the judiciary. “Judiciary should be respected,” he remarked.