* 'He said, I love you, you're my best friend and I want to spend the rest of my life with you,' she recalled after friend and comedian Ruby Wax asked her about the big momentdistributed among farmers 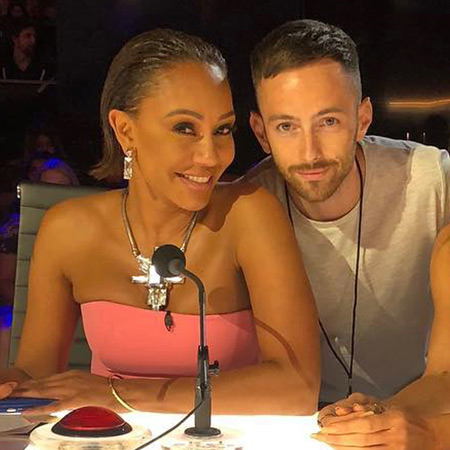 From scary to ready-to-marry! Melanie “Mel B” Brown confirmed she is engaged to her boyfriend of three years, Rory McPhee, and recapped the romantic proposal during a recent appearance on a special edition of U.K. series Celebrity Gogglebox.

“He said, ‘I love you, you’re my best friend and I want to spend the rest of my life with you,'” she recalled on Oct. 28 after friend and comedian Ruby Wax asked her about the big moment.

Noting that the 36-year-old hairstylist popped the question while they were on a getaway in Berkshire in England, the Spice Girl continued, “There were rose petals everywhere, a log fire, a hotel-which was Cliveden. It was very romantic. I love flowers.”

The couple most recently worked together on the fourth season of the Australian version of The Masked Singer, as seen on Instagram, with Rory often sharing images of his partner’s glam looks as she served as a panelist.

This will mark the third marriage for Mel. The 47-year-old was previously married to Jimmy Gulzar from 1998 to 2000, and the pair have a daughter, Phoenix Chi, 23. She was was also married to Stephen Belafonte from 2007 to 2017, and together they share custody of daughter Madison, 10.

The pop star-a.k.a. Scary Spice-is also a mom to daughter Angel Iris, 15, who she shares with ex-boyfriend Eddie Murphy. whom she shares a daughter, Angel Iris, 15. While promoting her memoir Brutally Honest in 2018, the “Say You’ll Be There” singer called the actor the “great love” of her life. “He always will be,” Mel said on Good Morning Britain at the time, later adding, “And at the end of the day we have a beautiful daughter together.”