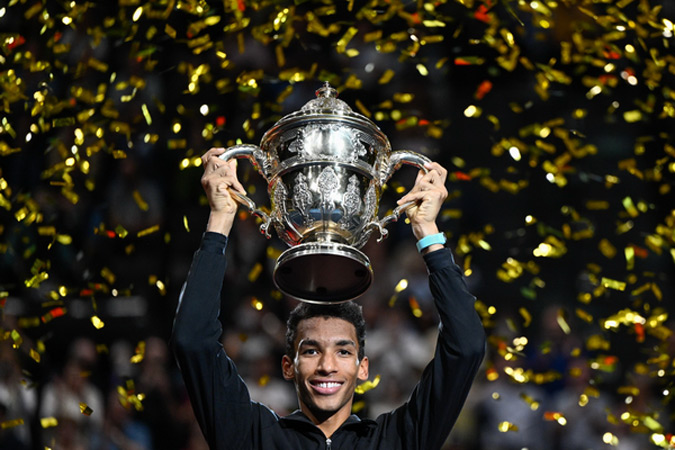 BASEL: Felix Auger-Aliassime won his third title in as many weeks on Sunday as he defeated Holger Rune 6-3, 7-5 in the ATP final in Basel. The ninth-ranked Canadian climbed to provisional sixth in the season points race to the eight-man ATP Finals in Turin from November 13.

Auger-Aliassime added the Swiss trophy to titles in Florence and Antwerp, with his win streak now at 13 in a row. Stockholm champion Rune had won his last nine. Rune saved two match points and the Dane also drew an unsportsmanlike conduct warning after loudly complaining about what he said was a blinking light in an on-court advert which he said distracted him in the second set.

“I feel over the moon,” Auger-Aliassime said after claiming his fourth trophy of the season. “It’s been an amazing week, not getting broken. It’s been a dream for me, fantastic.” The Canadian finished with 28 winners and the same in unforced errors for a match lasting just under an hour and three-quarters.

Auger-Aliassime sent over 11 aces and broke his teenaged opponent ranked 25th once per set. “It’s been a long year, a long stretch of wins,” said the player who was last defeated on October 3 in Astana by Roberto Bautista Agut. “It’s not over, hopefully I can keep going. I’m feeling all the good emotions that come with winning a tournament. The Canadian took early control with the first break of Rune all week as he earned a 3-1 margin.

He then got out of a 0-30 situation in the next game, holding for 4-1 as Rune’s frustration began to show. Auger-Aliassime held with an ace for 5-2 and claimed the set 6-3 after 34 minutes.

The second set was tighter, with the Canadian third seed breaking for 6-5 after his opponent saved four break points and the frustrated Ruud warned for ball abuse. A game later, Auger-Alaissime let out a scream as he took victory when Rune sent a return long. 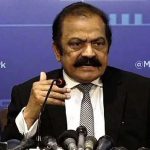