As part of ongoing national efforts towards providing relief to over 33 million flood-affected population, flood relief camps are being held in the most impacted areas of South Punjab, Khyber Pakhtunkhwa, and Sindh to address the major problems faced by the affectees.

She said that their organization has donors, sponsors, and supporters all around the world. The donations are being utilized to distribute food packs and water bottles and provide free healthcare services at the camps, she added. 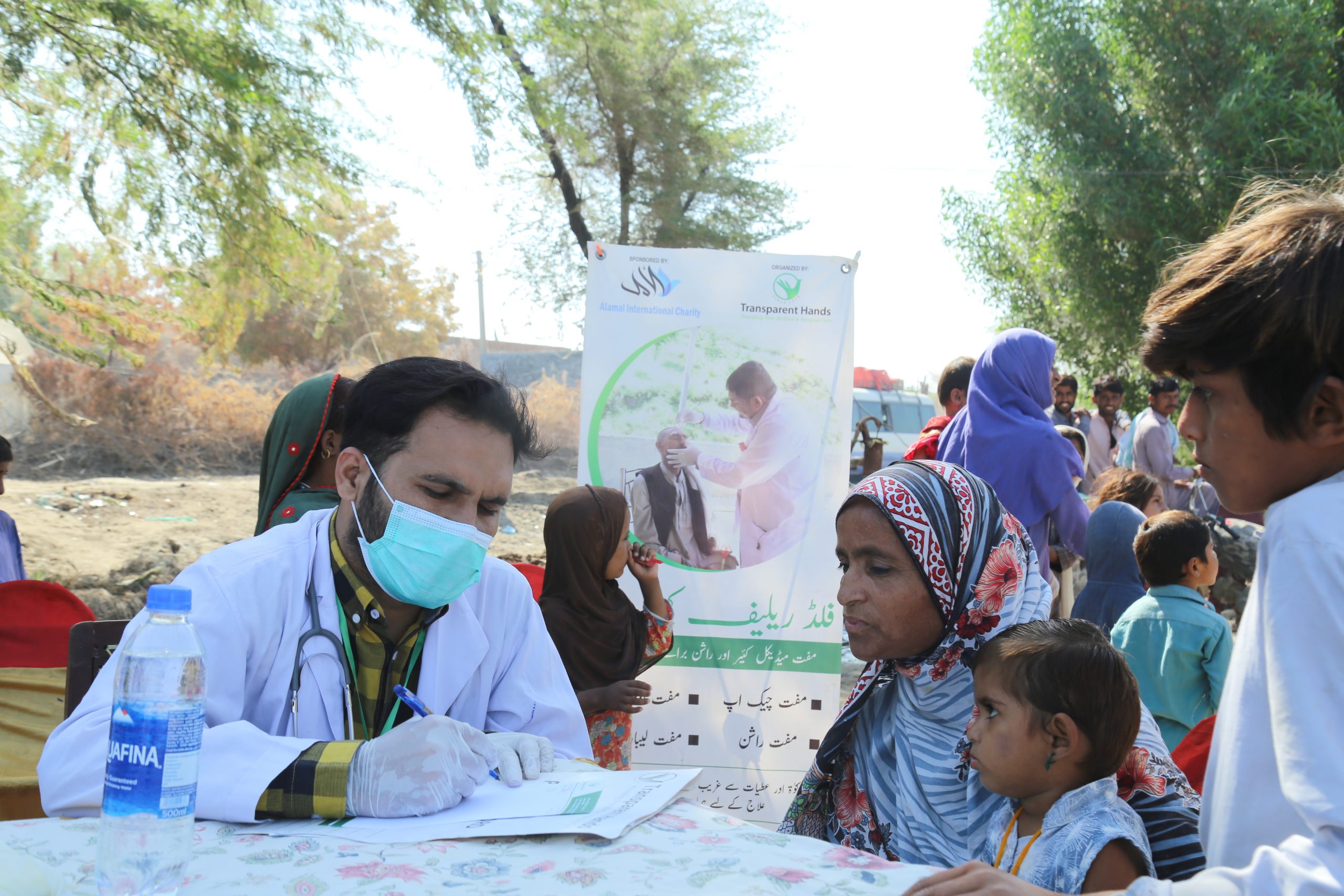 About the healthcare for the flood victims, Rameeza explained that they have a large team of male and female doctors, nurses, and pharmacists who are dispensing first aid, life-saving medicines, hepatitis B & C screenings, typhoid tests, blood sugar random (BSR), blood pressure checkups, uric acid tests, and cholesterol tests free of charge.

Fresh statistics reveal that the flood victims include a large number of pregnant women, babies, and elder people who are more vulnerable to diseases like diarrhoea, dengue, and malaria. What makes the situation worse is that they don’t have access to healthcare facilities.

Director Operations Raheel Abbas said that with the support of hundreds of donors, sponsors, and participating organizations, their organization has arranged around 50 flood relief camps to help approximately 100,000 flood victims in South Punjab, KPK, and Sindh. He said that preventive healthcare sessions are also being held by doctors for the attendees at our flood relief camps. The flood victims are informed about the transmission of water-borne and vector-borne diseases such as typhoid, diarrhoea, malaria, and dengue and how they can be prevented, he added.