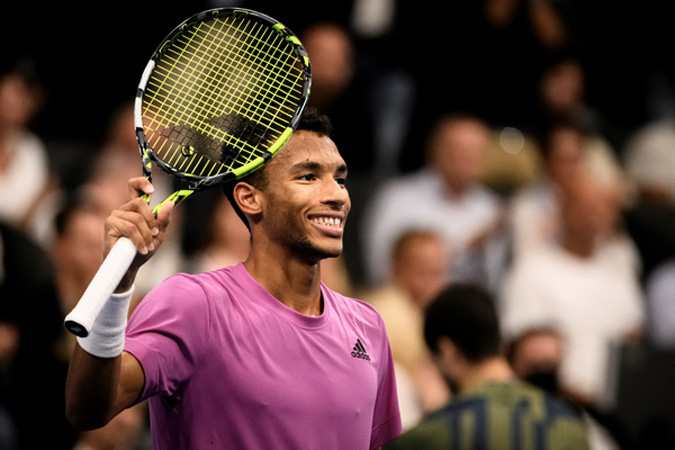 BASEL: Felix Auger-Aliassime will bid to make it three successive ATP titles after he eased to a 6-3, 6-2 victory over world number one Carlos Alcaraz in the Basel semi-finals on Saturday. The 22-year-old Canadian will face the winner of Saturday’s second semi-final between French Open quarter-finalist Holger Rune of Denmark and Spaniard Roberto Bautista Agut.

“It’s been a fantastic week,” said Auger-Aliassime. “It’s been very close to perfect. “I’ve been serving amazing and haven’t been broken once yet so far — but there is still one more match to go.

“I’m playing some great tennis and I’ve been able to beat the best in the world.”

Bautista Agut is the last player to have got the better of Auger-Aliassime, beating him in Astana earlier this month — before the Canadian went on his spree by winning in Florence and Antwerp.

US Open champion Alcaraz is the first top-20 player Auger-Aliassime has beaten in his 12-match winning run.

The Canadian, though, has a hold over the 19-year-old Spaniard as this was his third victory over him in as many meetings.

Auger-Aliassime — who is chasing a spot in the season-ending ATP Finals — took the initiative from the start of the match, serving nine aces and hitting 23 winners with nine unforced errors. Alcaraz had just one break point in Auger-Aliassime’s final service game, but he did not take it and two points later he was shaking hands with his victorious opponent at the net.