Pakistan gearing up to make case for climate justice: Sherry 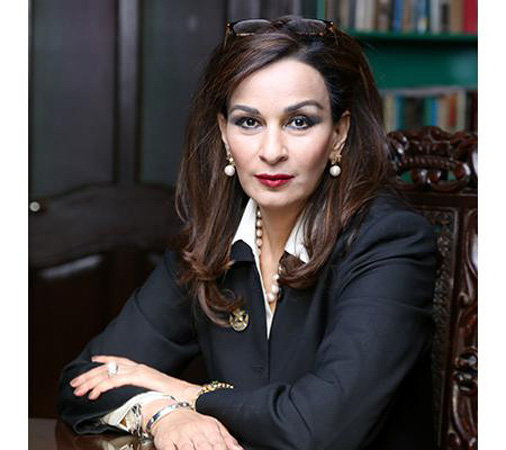 Federal Minister for Climate Change, Senator Sherry Rehman said that Pakistan was gearing up to make the case for climate justice at the upcoming multilateral climate forum COP27 in Egypt.

The minister said, “We are in the 20th nightmarish week of longest relief phase in Pakistan’s history. As of now, 1,731 people have lost their lives and more than 12,000 are injured. The government has dispersed Rs 66.6 billion to more than 2.6 million people from the affected populations via our Benazir Income Support Program (BISP). The flood has redefined all priorities for us, and it has made climate induced catastrophes a reality. Pakistan has raised its case at every international forum, highlighting that what’s happening in Pakistan will not stay in Pakistan and we plan to do the same at COP27.”

Speaking at a briefing at the Ministry of Climate Change about the COP27 here Thursday, she said, “Prime Minister Shehbaz Sharif will address the head of states during the World Leaders Summit and he will also co-chair a high-level roundtable with the Prime Minister of Norway on the theme of “Climate Change and the sustainability of vulnerable communities”. The Prime Minister will also have bilateral engagements with other head of states and ministers, she said and added that Pakistan’s Pavilion would host 25 side events and panel discussions including screening of videos showcasing Pakistan’s vulnerability to Climate Change and the recent catastrophic floods.

She continued that the COP was a discussion forum where long-term deals and discussions related to climate change happen, mainly negotiations on countries NDCs. Pakistan’s delegation will be attending the key committees at COP27 such as Committee on the Bureau of the COP, CMP and CMA, Committee on the Clean Development Mechanism, Standing Committee on Finance, Committee on Adaptation Fund, Consultative Group of Experts, Technology Executive Committee, Warsaw International Mechanism for Loss and Damage and the Committee to Facilitate implementation of the Paris Agreement. The delegation will highlight and advocate the unique vulnerability of low emitting nations at these committees, she expressed.

Talking about the search for climate justice, the minister said, “This current climate system has failed the Global South since 2009. Even during the last COP in Glasgow, there was a deep regret over the unmet goal of US$100bn per year. The developed countries of the Global North, who have the biggest share in carbon emissions, are ignoring the ongoing problem of Climate Finance and Loss and Damage, and we hope there is no sidelining of these pressing matters at COP27. We have repeatedly made a case for enhancing climate funding. The US$100bn bill has never been paid, nor has the Adaptation Fund been capitalized.”

She continued, “With the support of other developing countries, Pakistan will seek to put the creation of a Loss and Damage Finance Facility on the agenda. Pakistan has fought for Loss and Damage to be added to the provisional agenda of COP27. This has happened for the first time in COP’s history, and credit is to Pakistan’s extensive diplomacy. Begging bowl diplomacy must stop and in turn must transform into a funding window, where affected countries can access funds for humanitarian response, rehabilitation, and recovery. Humanitarian appeals happen, but they are underfunded. Relief and assistance for climate disasters should not hinge on other country’s mercy and pity.