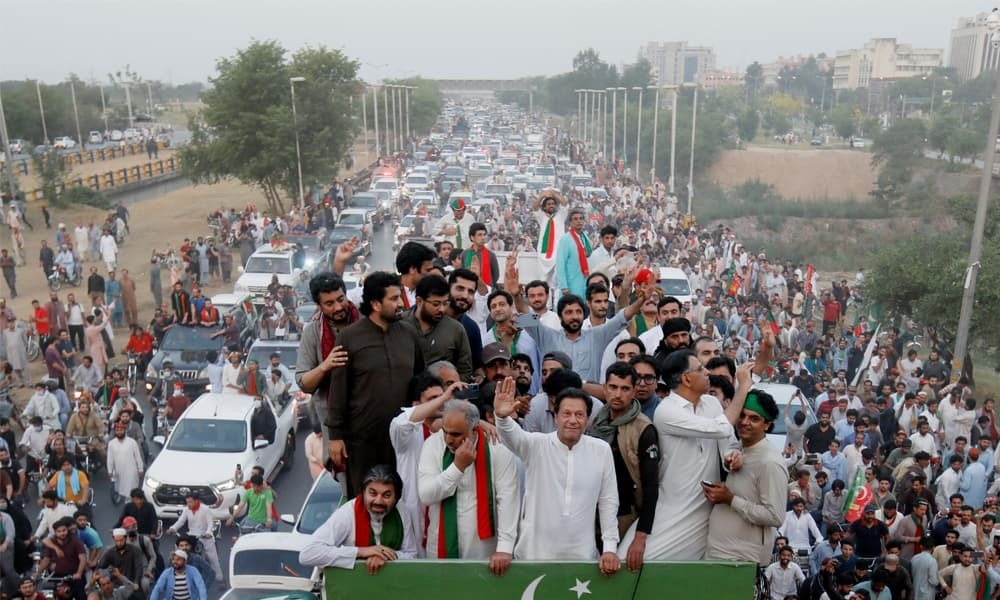 A thorough strategy has been developed to keep the federal capital peaceful and safeguard locals’ lives and possessions throughout the PTI’s long march.

Under the plan, the police, Rangers and Frontier Constabulary would be deployed in and around the federal capital.

According to the plan, three tiers of law enforcement force deployed at each point would resist the mob from the front and hurl teargas to disperse the protesters while the force deployed on their rightwing and leftwing would resort to lathi charges and arrest them.

If the mob managed to get past the security barriers and into the Red Zone, a state of emergency would be declared. In that case, drastic measures would be taken to repress the demonstrators.

Special measures would be taken to avoid any act of possible terrorism. “Any act of terror campaign or countrywide violence could not be ruled out,” warned the security plan.

Meanwhile, Sindh Information Minister Sharjeel Inam Memon Wednesday said police contingents would be sent from the province to protect the federal capital after the announcement of the long march by the opposition PTI.