Selena Gomez says her past mistakes drive her ‘into depression’ 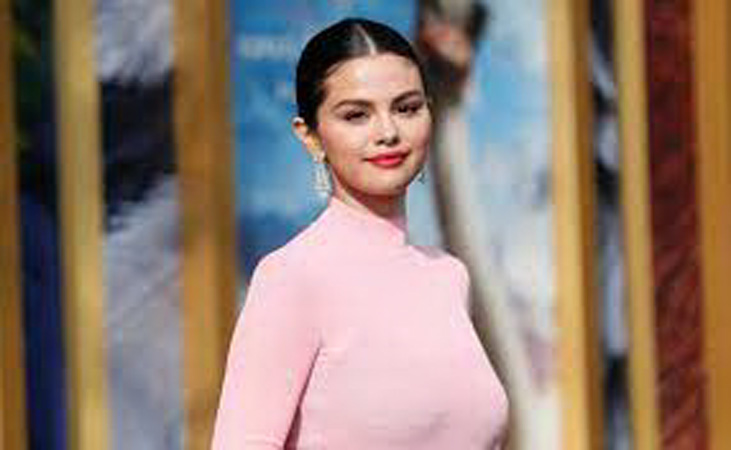 Selena Gomez wants you to look at her now. Reflecting on her mental health journey in her upcoming documentary Selena Gomez: My Mind & Me, the superstar shared “I think my past and my mistakes is what drives me into depression.”

But the for the 30-year-old, that was an important aspect to show her fans. “As nervous as I am to put out something this personal, in my heart I know now is this time,” she recently told Vanity Fair. “I hope that by sharing my experience and difficulties, it will help people feel inspired to share their own stories. And to have hope that things can and will get better.”

Not that she went into filming the documentary-directed by Alex Keshishian-with a blueprint in mind. “It was never this thought-out plan thinking we were going to capture these very personal parts of my life,” she explained. “It just evolved from there.”

Though filming began during her 2016 Revival tour-then set to be a standard music film-cameras abruptly stopped rolling when she canceled the European leg, citing mental health issues.

After, she underwent a kidney transplant and sought treatment for bipolar disorder-but remained in touch with Keshishian.

“I kind of fell in love with how authentic and vulnerable and real she was,” the filmmaker told VF. “I was expecting a very manufactured person and I didn’t get that.”

Nor will viewers. After all, the resulting documentary is a six-year labor of love that dives headfirst into the “Lose You to Love Me” singer’s depression and anxiety.

“Just be who you are,” she says in the doc. “No cares about what you’re doing. It’s about who I am, being okay with where I am. I am grateful to be alive.”

“I am happier, and I’m in control of my emotions and thoughts,” the Barney and Friends alum says later on in the film says. “More than I have ever been.”

Selena Gomez: My Mind & Me debuts on Apple TV+ November 4.