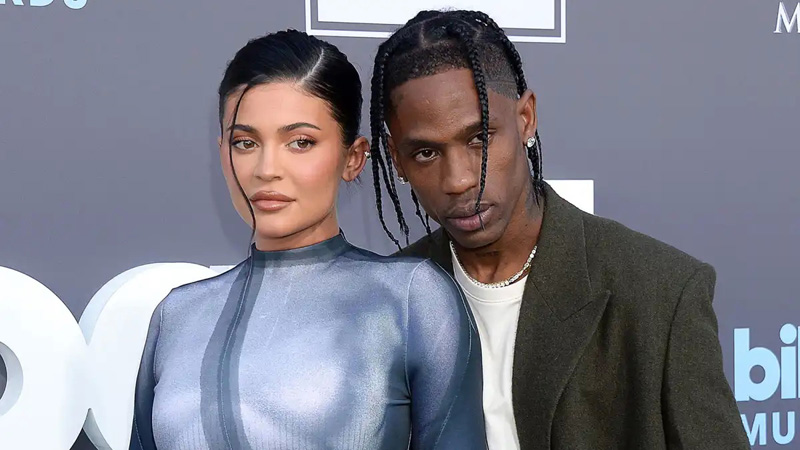 Kylie Jenner’s partner Travis Scott has denied wrongdoing after finding himself immersed in a cheating scandal involving a familiar face.

Late last week, Instagram model Rojean Kar-who years ago denied rumors of a fling with him-shared on her private Instagram Stories a video showing the Astroworld rapper on the set of a shoot, raising speculation they had met up. Travis then posted a statement on his account.

“It’s a lot of weird s–t going on,” he wrote in his own IG Stories post. “An uninvited person was sneaking photos on, what was supposed to be, a closed set while I was directing a video. I’m saying this for the last time. I don’t know this person. I’ve never been with this person. So please stop with the continuous cyber games and the fictional storytelling.”

As seen on The Shade Room, Rojean responded to Travis’ statement in a selfie video posted on her IG Stories, accusing him of lying and of cheating on Kylie, with whom he shares two children.

Rojean continued, “This Valentine’s Day, I saw you. I ran out the door and you had every single girl I know blowing me up, like, ‘Trav’s asking for you, come back.’ Are we pretending that didn’t happen too? Like, come on. You cheat on that bitch every single f–king night. The whole f–king city sees it.” Travis later posted on his IG Stories a photo of a set Valentine’s Day-themed dinner table, dated Feb. 14. He wrote, “If u wasn’t at this table on V day then u wasn’t with me.”

Rojean had shared the video shoot clip sharing Travis last week, captioning her post, which was also replicated by The Shade Room, “I’m directing obvi.” According to a screenshot posted by Cosmopolitan magazine, she later wrote in a now-deleted comment, “I didn’t even realize he was there. Yall need to stop perpetuating this s–t.”

The image also shows Rojean later responded to a user who mentioned Kylie, saying, “Maybe you think about her all day long but i sure don’t.”

E! News has reached out to Rojean, Travis and Kylie’s reps for further comment and has not heard back.

Romance rumors about the two first surfaced in 2019, with users speculating that their alleged fling was the catalyst for him and Kylie taking a break from their relationship that year. She denied the reports on her IG Stories at the time, while a source close to the rapper also said that “any rumors of cheating are totally and completely false.”