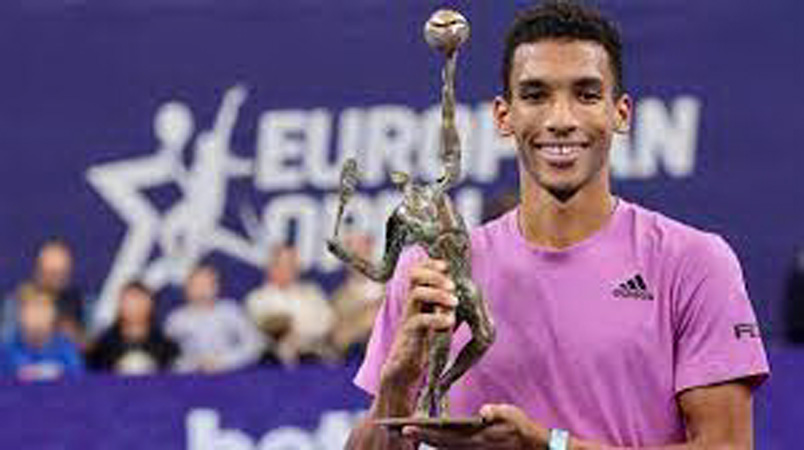 ANTWERP: Felix Auger-Aliassime gave his hopes of qualifying for the ATP Finals a lift by winning his second title in as many weeks with victory over Sebastian Korda in Antwerp on Sunday. The Canadian cruised to a 6-3, 6-4 win over his American opponent. Auger-Aliassime occupies the last qualification spot for the season-ending event in Turin and now leads his closest challenger Taylor Fritz by 340 points. The 22-year-old also won the tournament in Florence last weekend and has now come out on top in three of his last four finals, having lost his first eight on the ATP Tour. Korda had knocked out former US Open champion Dominic Thiem in the semi-finals, but was no match for second seed Auger-Aliassime. The ATP Finals get underway in Italy on November 13. World number one Carlos Alcaraz, Rafael Nadal, Casper Ruud, Stefanos Tsitsipas and Novak Djokovic have qualified so far.