Story behind the terrifying viral close-up of ant’s face 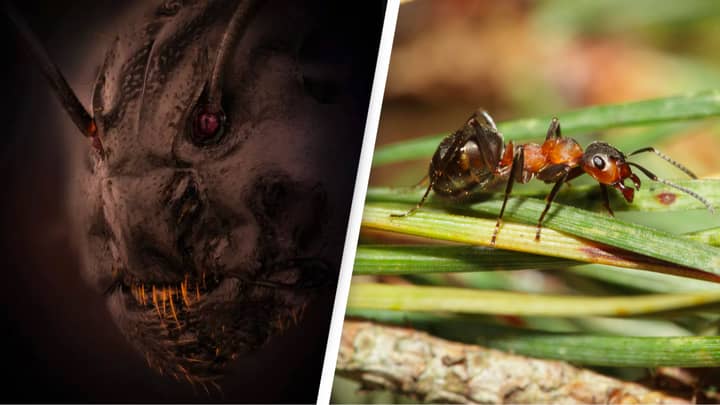 What looks like an image straight out of a nightmare or a blockbuster horror movie at the first glance is actually the close-up image of an ant taken by Lithuanian photographer Dr Eugenijus Kavaliauskas.

Zoomed in five times under a microscope, the photo reveals the creature’s terrifying red eyes and shadowy face.

The image was a part of Nikon’s Small World Photomicrography Competition and got selected as one of the 57 “Images of Distinction”.

Grigorii Timin received the first prize in the contest and was awarded for his photo of an embryonic hand of a Madagascar giant day gecko. Timin combined technology and art to capture the Phelsuma grandis day gecko.

Eric Flem, Communications and CRM Manager at Nikon Instruments, said that the contest is held annually where Nikon Small World receives a plethora of microscopic images that show both “exemplary scientific technique and artistry”.

Dr Kavaliauskas told the Insider that he caught the ant near his home in Tauragė, Lithuania.

“I’m always looking for details, shadows, and unseen corners,” he said, adding that the main purpose of being a photographer was to become a discoverer.

Dr Kavaliauskas said that he was fascinated by “God’s masterpieces”, adding that the ant looked horrifying but there were “no horrors in nature”.

The micro-photographer is still “surprised” by ” unknown miracles under our feet”.