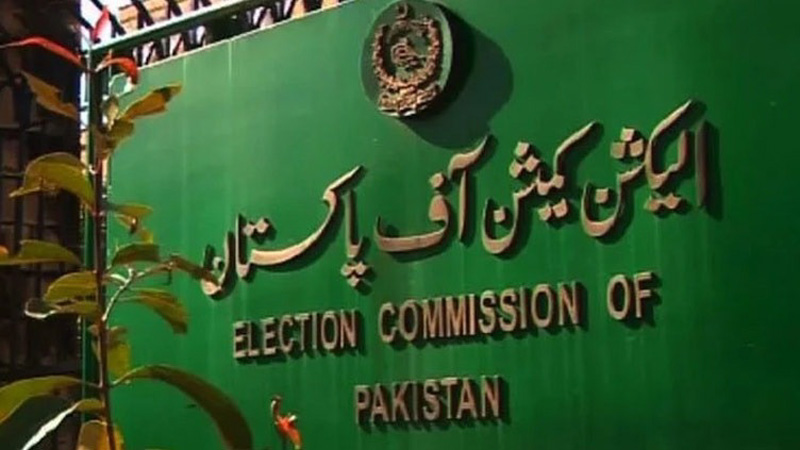 The decision on disqualification in Toshakhana reference against Pakistan Tehreek-e-Insaf (PTI) Chairman Imran Khan would be announced today (Friday) at 2pm. According to the cause list issued by the Election Commission of Pakistan, notices were issued to Imran Khan and the parties concerned for the decision of the disqualification reference filed by Pakistan Muslim League-Nawaz’s (PML-N) MNA Ali Gohar Khan and five other members against Imran Khan under Article 62(1)(f) of the Constitution.

According to a notice issued today, ECP ordered all the relevant parties or their counsels to appear before the electoral watchdog at its secretariat in Islamabad. The ECP also sent a letter to the Islamabad police requesting “foolproof security” inside and outside the watchdog’s premises for the full day in order to “avoid any untoward incident”. The letter also requested that two security personnel in civil dress and a traffic warden be provided as well.

The ECP stressed that all necessary security arrangements be completed, particularly inside the ECP Secretariat building, and the matter is treated as “most urgent”.

Established in 1974, the Toshakhana is a department under the administrative control of the Cabinet Division and stores precious gifts given to rulers, parliamentarians, bureaucrats, and officials by heads of other governments and states and foreign dignitaries.

According to Toshakhana rules, gifts/presents and other such materials received by persons to whom these rules apply shall be reported to the Cabinet Division. However, the PTI, while in government, had been reluctant to disclose details of the gifts presented to Imran Khan since he assumed office in 2018, maintaining that doing so would jeopardise international ties, even as the Pakistan Infor­mation Commission (PIC) ordered it to do so. On August 4, lawmakers from the Pakistan Democratic Movement – which is part of the ruling alliance – filed a reference for the PTI chief’s disqualification from public office under articles 62 and 63 of the Constitution over his hesitance to share the details of Toshakhana gifts. They submitted the reference to the National Assembly speaker who subsequently forwarded it to the Chief Election Commissioner (CEC) Sikander Sultan Raja for further action. In its hearing on Aug 29, the ECP had sought a written reply from Imran by Sep 8.

In his reply, the PTI chief had admitted to having sold at least four presents he had received during his tenure as the prime minister of Pakistan. The former premier, in his reply, maintained that the sale of the gifts that he had procured from the state treasury after paying Rs21.56 million fetched about Rs58m. One of the gifts included a graff wristwatch, a pair of cuff links, an expensive pen and a ring while the other three gifts included four Rolex watches.